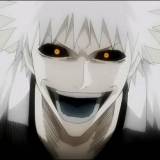 Not much to say about me, I am your typical gamer (if you can even find a definition for the word). I own all current consoles, included a beefed up PC. Of course, my favorite is the Nintendo Wii, however, don't get me wrong, I am not one of those Wii Sports people, I enjoy the more "hardcore" games. Anyways, ya not much to say, I am in school to become a video game designer, thinking of becoming an animator, so if anyone has some tips about the field, would be cool.

Activities: Bah, think of something and I probably do it. I am very casual, which pretty much means I do what ever does.

Don't watch t.v. that much, I usually watch older shows, like Friends, and then I might watch something new once in a while, not a big t.v. fan.

Favourite Movies: Too many to list:
- Lord of the Rings (all 3)
- American Pie Series
- Fast and Furious: Tokyo Drift
- War
- Wedding Singer

I like all kinds of movies, comedies, actions, animation are great (looking at you Kung Fu Panda). I'm not a big theater person, but obviously I like going with friends somethings, but ya, lol.

On a side note, for all you movie people, I have a widescreener not a full screener.

Favorite Books: Sex, Drugs, and Cocoa Puffs
The Hobbit
Children of Hurin
The Art of War
Legend of Drizzit

Ya, in terms of books I am really picky, I like more violent oriented books such as old war books (medieval or older) and I like a book with a long back story history, like Children of Hurin, that has a universe already created for it.

Sex, Drugs, and Cocoa Puffs was just an amazing book.

Favourite Quotes: "My sins are the cross I must bear..."

"People are pretty much alike. It's only that our differences are more susceptible to definition than our similarities."