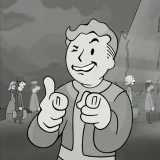 The nominations for the 85th Annual Academy Awards were announced today. Here is the full list:

Some Immediate thoughts and opinions:

Anyways, what are your thoughts on this year's nominations? Who do you think will win? Who got snubbed? Let us know your opinions!

This Goes Out to All My Fellow 90s Kids

Let us reminisce in our awesome childhood.

This Kid Sure Loves His New Jersey Nets

and he fucking loves them beating the Celtics.

Magazine Stands Can Tell Us a Lot About Celebrities

The nominations for the 83rd Academy Awards were announced (early) this morning.  Here are all of the nominees.

What immediately came to my mind after reading the nominations is the very apparent subs at the expense of Inception.  No Christopher Nolan for Best Director again (he was snubbed a couple of years ago for The Dark Knight).  I know David Fincher is going to run away with it for The Social Network and I am more than okay with him winning it, but not even giving Nolan a nomination is a travesty.

Somehow, though, that is not even the worst Inception snub.  The would go to it's absence in the Best Film Editing nominations.  While I have a feeling that that award is going to get swept up under The Social Network's tidal wave, Inception deserved the award by far.  While the Academy snubbing him for Best Director doesn't surprise me too much, they usually give the Inception type of movies at least nominations in all of the technical categories (like it did with The Dark Knight when it didn't get a Best Picture or Best Director nod).

I am perfectly fine with The Social Network sweeping the awards this year.  It is the best film of this year (though my favorite to watch was Inception) and one of, if not the best film so far of this young century.  The only situation I see it's blitzgreig on awards getting stopped is for Best Picture due to people suddenly wanting a "feel good" movie like The King's Speech to win Best Picture instead.  If am not mistake, the voting for Best Picture (maybe all of the awards) is based of "preferential voting".  If you are familiar with the Heisman voting or even the voting we had for the Giant Bomb community's Game of the Year list earlier this month, it is like the same thing.  Meaning that a movie could win Best Picture even if it didn't have the most #1 votes, but had the highest average ranking.  I have not yet seen The King's Speech (I probably will this weekend), everything I have heard about it says that it all-around is only a good movie, but with great acting performances (which it will win Best Actor for Colin Firth).  If my reaction is going to be the same, having it winning Best Picture over The Social Network would be an outright travesty.

But, after watching and studying the Academy and other award shows for  more than a decade, no stupid move they make would surprise me.  Just look at how they snubbed Inception for the two aforementioned awards.

What Are Your Thoughts?

Enough about my thoughts/complaints.  What are your thoughts about the nominations or who you think will/should win?  Let your voice be heard!


P.S.  I will post my "who should/who will win" list shorty for the awards I know enough about, even though I necessarily haven't seen all the films for each category.
40 Comments

I Just Had Sex (feat. Akon)

No, this isn't about me having sex and Akon somehow being a part of it (that's a story for another time).  It's about the song by the comedy group The Lonely Island who have been part of the SNL cast for a few years.  If you haven't seen the video yet, I suggest you do so immediately.  I'll even provide it for you.

Picture of the Day, Part I - Holiday Ignorance

You would think Wal-Mart, the largest organization in the world, would know what is and what is not kosher for one of the main religions.

I'm pretty sure this is what happens when you're on acid.

Prepare to trip the fuck out.

After lots of (not much) searching, I have rediscovered a screenshot of the original Giant Bomb site, taken withing the first week of the release of the full site.  It's hard to believe it's been two years and how much the site has changed since then.  Keep up the amazing work, Giant Bomb and Whiskey Media!


You can find the original, larger version here.
14 Comments

Pictures to Make You Laugh Out Loud, Part I

Realizing that I haven't had a blog post in over 3 months (!!), I decided that I needed to start up again.  Trying to think about what to write about, I figured that I might as well post two pictures that literally made my laugh out loud when I saw them earlier today in the other forum I visit frequently, and this is coming from a guy that usually disdains image macros and memes.  They also both deal with the movie Inception.  If you haven't seen it already, you probably won't get these pics as much as those who have, which is all the more reason you need to go see it immediately before I hunt you down with top men.  Top.  Men.

Anyways, I hope you enjoy the pictures as much as I have!

Blogs Created:
79 blogs
Most Commented blog:
Put your own quote onto this picture.
Total Comments on blogs:
1366 comments