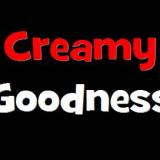 So Asking for a Pen is a Racial Slur

Today was a regretful day, I CreamyGoodness was suspended from school. Creamy was a unfortunate victim in an unfortunate time. He was in english class. It was 3:29, only 6 minutes left to go until the end of the day. He then made the dreadful mistake of asking for his pen back from a student. It all started at approximately 3:08pm when Creamy's friend borrowed a bic blue pen from him. They did the work and wrote their essays. It was now 3:24pm and the day was approaching end. Unfortuneltly the day was just begining for this innocemt man. When the day aproached 3:29 Creamy asked for his pen back, his friend kindly gave it back, STOP. This situation seems fine. Until the teacher walks over, grabs Creamy's good and creamy hand and pulled him into the hall. The teacher told Creamy that racial slurs would not be aloud in her class and he was to be sent to the office. Down he went getting pulled by the teacher. When the office asked what he did, the leader pf academic schooling replied with the vulgur phrase "he said that i am jew bitch". Ah and it was done. Creamy now has to serve a 2 day supension for asking for his bic blue pen. "Damn the bics" he said as he went to call his parents and say what he "did".

I swear i just saw the drummer from the wii music announcement!

ok so you guys remeber this guy. He was the the crazy ass hardcore drummer from the unveiling of wii music.

well i saw him today. At least i think. I was sitting on my couch with my family watching tv and eating dinner. We were watching a show called Howie Do it? on Global.

As we enjoy our dinner, i watch the opening scene of Howie Do it?. Howie do it is a show hosted by Howie Mandal. The former host of Deal or No Deal. he may still be the host, i have no idea.

Much like David Letterman Howie has a music guy. in the case of this show he has a drum set with around 20 drums.

Anyway i swear to god the guy on the show drumming was the wii music guy.

Guide to Being a Good GiantBomb Community Member

This is a short guide on how to be a good community member and not a dick.

It is that simple. There are forum and wiki rules in place for a reason. Just follow them.

No body likes spam, so don't post it. It is acceptable to have the what, or this or that thread here or there, but not every single post. We have nice established threads all ready for those types of things. Just do a quick search and a single post can replenish a thread and bring it back to life, provided it is dead of course.

No one likes flame wars. No one. We don't need a whole bunch of 12 year old kids coming in here posting shit just to piss people off. Those are never good and then the community just sucks. So please, no wars over stupid shot, or anything to be exact. Can't we all just get along, and if not, argue over it in a civil manner.

Don't post shit like "OMFG I HATE YOU MICROSOFT MY XBOX BROKE". Let me be clear. NO ONE CARES. If you come to message boards just to complain about something and don't have a legitimate reason to post. Then don't. We all benefit from civil conversations backed up by points and facts. So if you say feel like posting shit about i don't know. PS3 hate or rallying people to hate on shit. JUST DO NOT DO IT.

Maybe it just me. But i hate it when there seems to be a nice new topic that has 4 posts and you go to help or discuss or what have you. Then the 3  messages after the original post are the following.... ahhemm.. "BUMP". If you created a topic that hasn't stuck (we all have) it is for a reason.

Even though some topics can be lengthy you should read them. Unless it is a poll or a short topic just read it. If you just post from a title alone it can lead to a topic flooded with shit. People put time into them, the least we can do is hear there opinion or thought.

I'm sorry people but that ship has sailed. It is ok to just post a tidbit in your post, but don't make your whole topic about hating gamespot. While we may not like that place. There people just trying to do there jobs, most if not all of them have nothing to do with the staff placement or anything of that nature. If your pissed at them about Jeff or any other staff member. Be pissed at CNET not Gamespot.

I am mainly talking about wiki edits here but the rules here are pretty chill so don't abuse them. Especially the fact that there is no filter. Don' be racist, impulsive or stuff like that.

Great Way to Start Exam Week (not really).. and gamespot :(

So today was my first day of exams. I had an english one this morning, i have a geography one tommarow at noon, then math on tuesday. FUN. Here's how everything is going. First i have a game tonight. YAY. We should Hopefully pull out a win.. (fingers crossed). Now on to my main topic of this blog. Oh gamespot oh gamespot, yay oh joyus occasion. YOU BANNED MY ASS. I was checking my profile today like i always do and i get THIS. Apperently a made a comment on the hotspot comment thing about the obviously supperior GIANTBOMBCAST. YAY. Ban are exciting... (not really, don't get any idea's mods). So that is about it. I am excited for my game tonight but not so much for my geo exam tommarow

Creamy Out
(suck it seacrest, im takin it)

So I Guess I will Blog

man oh man, i have not bloged in a while and i think it is time for one. First off i have exams coming up tommarow. YAY :(. I should do well on them as i have a 94 average. Next i got the windows 7 beta. WORTHLESS. i used  Mit once and am back on vista, i feel there is no real purpose of me using it. I just ran it off a partition that i created, anyone know hows i can re combine that partiton with my main one, if thats possible.  I have recentley signed up to do a fridayu bomb drop in MattyFTM's Topic. My computer has been real buggy lately but it was just my doing. I installed a new theme for vista and i wanted to unistall it, freat theme just didn't want it anymore. So i go to unistall it and it didn't work. I checked the site and i see some unistall help. I follow it and my computer waas fucked. The login screen on my comp was just a black screen with a cursor. I was able to fix this with a handy system restore so now it works. The theme was great but just not my cup of tea. Anyone who would liek the theme should look Here. I think that pretty much does it for this blog. See ya next time. I think im going to get back into blogging regularly.

And just when shit couldn't get anymore complex!

So i have quite the amount of content to talk about. First off congrats to my home boys here in Canada on the World Juniors team. Canada won the gold medal in the IIHF tournament with a 5-1 victory over Sweden. Man that was a good game. Next on my list my phone issues. So i go to take a picture with my phone and my memory card is full. Ok ill just delete some stuff, oh wait no i wont. My memory card is fucked and it is no longer reconized. I cant do anything with it. Format, erase or add stuff to it. YAY. Next i fucked up big, real big. Long story short, i am banned from wiki contrabutions. Tried getting to many free wiki points. Another thing on my list is my hockey game tonight. We got a 6-0 victory agasint a team and that puts us in first place. The ontario playoffs are looking good. Finnaly im sure you all heard of the 1up buyout from UGO. I have one thing to say to UGO. FUCK YOU!. i loved the 1up podcasts and with all the staff fired with the exception of a few they will probaly be no more. I loved the 1up Show. Heres a full list of fired employess.

[Joystiq has obtained the full list of 1UP / EGM staffers laid off in the wake of the ZD/UGO deal:]

So far my christmas eve-ish thing has been going well. Its 12:45 here so its officialy christmas, not that it means much. My night has been good so far. I went to an street party called Santa's Runway,  This is an event where a street in my town takes candels and puts them along both sides of the street the whole way down. Thus creating a runway. It really has turned into a drinking party though. The only christmas related item there is eggnog. So usualy i would enjpy in the drinking festivities, but not this year. My family would usualy hang around there for a while until about one, at which point we would walk home.But not this year. No this year is differant. So we couldn't stay for a long time anyway because we are going to my relatives tommarow (we always go on boxing day). My cousins from B.C (i live in Ontario), are at my relatives and are leaving on boxing day, so we are leaving at noon tommarow. Anyway as it turns out it was raining so the street party got cancelled. So my parents felt bad and let me and my sister open our presents tonight. I got. CODwaw, $200, snowboard boots, a book on normandy (im into that stuff), and of course socks and boxers. YAY!! me and my sister also got a new tv for our living room 62". No idea how its for me and my sister because we both have tv's in our rooms, and we never use our main tv. But hey. My dad knows a guy who owns a toshiba dealership so he got it for a rock bottom price. Oh and my 360 mic broke. Buyin one on boxing day. That's all for now. Hope you all have a SAFE AND MERRY CHRISTMAS!!!

i bought a few map packs.

Blogs Created:
17 blogs
Most Commented blog:
So Asking for a Pen is a Racial Slur
Total Comments on blogs:
121 comments