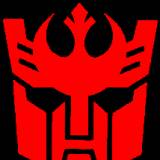 Why am I playing Cityville?

I wrote a previous blog about how much 2 out of the 3 Zynga games on Facebook have become impossible train wreaks to even play anymore since most of my friends have stopped playing it since they became too difficult with all the additions that come out on it every day. Now, I've decided to give this new Cityville game a chance since it's similar to the Sim City series and I've always loved that series. However, as optimistic as I want to be about this game, I just can't help but feeling like a glutton for punishment when it too becomes another train wreak with too much too soon to try and handle at one time, and no friends and neighbors to help out with any of it.