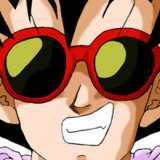 Man, I'm hoping this turns out well. I'm a bit salty that it's become an exclusive though. I've always enjoyed Spider-Man games, but I hope Insomniac takes cues from Shaba with Web of Shadows, which honestly was the most unique Spidey experience and had the best combat (and decent web swinging) in the series.

Also they continue to have guys do moves they have no business doing.

Conor is actually a good jiu-jitsu practitioner, and has solid ground game. He was just outmatched by a far superior opponent in Nate Diaz, who was taller, longer reach, and gassed him out with strikes before finally getting past his guard, and solidifying the rear naked choke.

Goddamn, I don't have the money for this...

I've been replaying Gears 2 and 3 in co-op after falling in love again with the Remastered Gears 1 story. But goddamn, I just can't get over how bad Judgement is.

Jeff, my god dude, use the radar :P

I was gonna say, another Unfinished?!

Also, I wonder how Bungie feels about 343 retconning this much? Bungie: "Spartans have to be engineered from birth." 343: "Oh, Buck? Yeah, he became a Spartan in about three years, no problem." And that's just the tip of the iceberg. I don't think the Halo lore is some amazing thing, but I did really enjoy the premise. But they've gone so far off the rails; the early books added so much absurd tripe, and they've just built on it since.

Let me put it this way: The manual for Halo: CE says, in a very space opera-ey way, that Master Chief is "the last SPARTAN-II." Now? We got high flyin', fist pumpin' Spartans for days. "Master Chief Petty Officer First Class?" Psh, this is the military, kid, call them by their names. Remember how cool Captain Jacob Keyes and Cortana were? Well, now we've decided that Keyes hooked up with Halsey, the lady who created the Spartan program and who Cortana's mind is based on! So, since Halsey is your mother (literally, George calls her mom in Halo: Reach) and Cortana is a memory imprint of her, you're basically lightly flirting with your mom for three games. Also, a close friend and co-worker, Sergeant Johnson has a thing for Miranda Keyes, the daughter of Halsey and Jacob. So your mom/AI is in your head while your co-worker tries to date your half sister. This is less space opera and more soap opera.

There are different types of Spartans. Chief, and Blue Team were the last and most efficient "breed" of Spartans known as SPARTAN-II's. They were plucked away from their families from the age of six, underwent the most extensive and brutal augmentations to become the soldiers they are today. They were literally picked as the perfect specimens. The third and fourth generations of Spartans didn't have that type of training or augmentation, and aren't as efficient. But, for their benefit, it was safer for their benefit and they were easier to "mass produce".

Also in the novels, the rest of Blue team that we see in Halo 5 (Kelly, Linda and Fred), were shown to have survived, so this isn't non-canon.

Also, Jeff looks to have lost a lot of weight! Nice job duder!