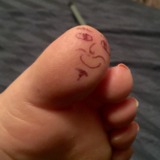 Since watching the Switch Teaser, I can’t stop thinking about this, perhaps as much as I thought the iPod Nano (clip) would slowly transform into a wearable Siri and bluetooth call extension à la Star Trek TNG communicator badges. I was wrong about it a little, but it eventually came true with the Apple Watch (on your wrist, and not a slow transition, but a proof of concept then a totally new product line).

The Gist of my idea

Apple may have licensed Nintendo as the first third party user of the W1 chip for use in the Nintendo Switch controllers. This would provide a mutually beneficial relationship, as Nintendo could provide hardware design expertise in an area where Apple’s MFi program has been criticized for poor choice of parts and cost from approved suppliers.

I have a poorly updated Tumblr