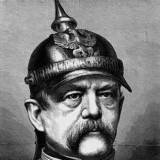 Atmosphere In Video Games and Why Dead Space Puzzles Me

Ask me what George Lucas did to make his Star Wars franchise such a hit, and I'll tell you that he created an incredible universe.  The plots of the three movies weren't especially special, the acting was pretty bad, and the movies weren't shot in any incredible new ways.  What he did do is create a mythos in which the world lived that was able to and did expand beyond those three movies (promptly to be completely destroyed by the next four).
What does this have to do with video games?  I would argue that in many ways, video games have been and continue to head in the direction of interactive movies.  Many developers have focused on the story to pull people through games instead of just tons of action.  Games like Bioshock and Half Life come to mind.  These games use their game's universe to pull you into this story, whether it be the retro-futuristic nature of Bioshock and Fallout, or the weird 1984/Matrix-like Half Life 2.  Because games are so much more interactive than the silver-screen, it makes sense that the environment and the atmosphere in games is so much more important and in-turn, emphasized.
What then surprised me when I picked up Dead Space on launch day was that when I booted it up, the game didn't really immerse me in anything new.  Like every reviewer has said, the game wears its influences unabashedly, which is fine with me, I love games and movies that do that, but what makes or breaks those are their abilities to take those influences and synthesize them into something new and fresh.  Oddly enough, I never really got the impression from my 3-4 hours so far with Dead Space that the game does that. Undoubtedly, this all picks up the more you get into the game, but to this I say, why should I care if the first three hours have done very little to get me interested in the rest of the game's progression.
What I really don't understand is that the game seemingly has an awesome universe already built.  I've read previews talking about how they have huge ships that crack planets to mine them, and I got the concept-art book with my preorder, so there's obviously an established universe.  Apparently the game just doesn't care or want you to know about it.  Hell, even a scrolling text paragraph before the game opened up would contribute immensely.  I'm sure it's explained later on, but why should I care about blowing all the arms and legs of the necromorphs?  Why doesn't a normal headshot kill them?  This all seems like stuff that could easily be explained with an audiolog about an hour into the game, or at least hints as to why they are that way (the incessant audiologs about the artifact are kind of annoying, I figured it out OK, it has something to do with them, why is everyone else taking so long to figure that out?).
What's even more frustrating about this is that the game fully immerses you in this environment you know nothing about by taking away all HUDs and menus, instead making everything real-time and in-game; undoubtedly an awesome design choice if I cared about being in the environment which I'm sure would be awesome if it was explained.
4 Comments
Load Comments