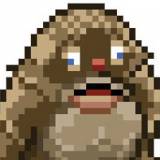 There has been so much talk of Pit’s eventual return to video games in the past few years that it’s hard to appreciate how odd it is that it finally came in the form of a mostly on-rails portable shooter. Judging by the differences in genre between Kid Icarus: Uprising and the original NES release, part of the difficulty in bringing the franchise back may have been due to the difficulty in moving what that 1987 version did, and finding how that would fit into Nintendo’s modern franchises as a wh...

With a new gaming interface comes anticipation for new game mechanics that previous methods of controller input couldn’t have allowed, but also a chance to use old genre conventions in new and refreshing ways. This may be a reason that after its original release on the iPad, Capybara’s Sword &amp; Sworcery seemed to be the first iOS game to get the full support of the gaming media behind it. At its core, it is a point and click adventure, but by navigating the world by touch rather than scrollin...

At it's heart, Portal 2, Valve's 2011 first person puzzler, is a dystopia. In the tradition of dystopian fiction, it takes a negative trend from the society of the time, and asks what that society would look like if the trend were brought to it's logical conclusion. Dystopia always starts with a question. "What if our fixation with security led to nation-wide surveillance?" "What if our understanding of DNA allowed us to design human beings?" Or in the case of the Portal series, "What if scienti...

From a distance, Metroid: Other M appears to be the series’ return to its side-scrolling adventure roots. And after the success of Shadow Complex, the traditional Metroid game seemed like an idea worth revisiting. But just hours in to the game, it becomes clear that the “return to form” angle surrounding the game was an invention of the Nintendo fan base rather than the intention of developer Team Ninja.It should be made clear that Other M is a Team Ninja game with Metroid characters, rather tha...

The original Scribblenauts, released in 2009, was highly anticipated for the originality of its mechanics. In concept, it was the puzzle game all puzzle games had wanted to be. When done right, a puzzle game rises above solutions like mix item A with item B to get passed obstacle C, but presents problems which the player can approach from many angles. This was the genius of Scribblenauts in concept: the item used to solve a puzzle was limited only by the player’s imagination.But developer Level-...