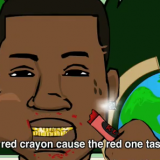 It's been 11 years since German industrial-metal band Rammstein performed on US soil, and the anticipation was palpable as my friend and I walked around the block just to get in line to enter the legendary Madison Square Garden. Germans and Americans alike chattered anxiously as people were let in in slow increments. It would be my first show at MSG, and my first big arena-style show since Metallica's performance at the TD Banknorth garden in 2009. The venue was massive and incredible to behold, even in our far-away seats. We were fortunate enough to get a decent angle to the stage to get a solid view of all the action, which was there in full force as the band took the stage.

Rammstein have become notorious for their elaborate stage shows, full of strange set-pieces and tons and tons of pyrotechnics. Luckily, none of these things were cut for the American show. The band entered by breaking through a fake wall dropped in front of the stage, as fireworks and sparks boomed. Lead singer Till Lindemann emerged from a hatch under the stage and opened the show with one of their latest songs, "Rammlied", whose chorus lends itself perfectly for live performances. Even in the "nosebleed" section of the Garden I could feel the heat from the pyrotechnics as gusts of flame surged from the front of the stage.

Each song had some sort of stunt associated with it, the highlights of these being "Benzin", "Feure Frei!", and "Pussy". During Benzin, Lindemann used a flamethrower to light one of the stagehands completely ablaze as another chased him around the stage trying to smother the flames with a German flag. Feure Frei had the band members donning face-mounted flamethrowers that sent out spectacular bursts of flame in all directions. During the pre-encore Pussy, Lindemann straddled a giant penis that sprayed feathery fake semen over the crowd.  It was like some sort of concert-circus hybrid.

The show had a sense of camaraderie amongst the fans that you just don't see at most shows. Everyone was excited and chatty, and the ages ranged from infants to men and women in their 50's. If Rammstein had ever doubted their fanbase in North America, this sold-out show is all the proof they need that they have dedicated fans in the states, some of which (including myself) came from out of state just to see this once-in-a-lifetime show. "Du Hast", the group's biggest hit here, was hardly sang by Lindemann at all. During the choruses he simply held the microphone to the crowd as thousands of Americans suddenly adopted German accents. It was a powerful, unifying experience that I won't soon forget.

The only downside to the whole show was the fact that they really underestimated how many t-shirts to stock. The Madison Square Garden specific shirts sold out within an hour of doors opening, along with the only other shirt with tour dates on it. I'll probably end up ordering one online at some point, assuming they go back in stock. It was announced yesterday that the show would be released on DVD at some point, rest assured I'll buy it on day one. A legendary band playing at a legendary venue, Rammstein's show was by far the greatest live spectacle I've ever had the pleasure to witness. I just hope they don't wait 11 years to come back here.

I just returned from seeing the newly reformed Alice in Chains live in Boston, and let me say this: if you had any doubts whatsoever about William Duvall not being able to fill the shoes of Layne Staley (which I'm sure any AiC fan would), you need not worry. Being in the sixth row from the stage, I witnessed first hand the energy and powerful presence that he brought to the band. The show wasn't big on effects and such, but the pre requisite lights and smoke (marijuana and otherwise) was strongly represented. Jerry Cantrell was great as well, nailing each solo with precision and agility. Mike Inez grooved along to hits like Would? and Sick Man while Sean Kinney beat the fuck out of his drums, creating a booming backdrop to one of the '90's greatest acts reborn.

The setlist isn't too much different than the ones I've seen online, but there were some surprises thrown in (for instance, rather than playing Acid Bubble they played Angry Chair). There was a lot of material from Dirt and Facelift in particular, and much less of the radio hits than one would expect. Songs like Heaven Beside You, No Excuses, and other ballads were nowhere to be found, for better or worse. The band dedicated their performance of Nutshell, the only real ballad in the set, to deceased singer Layne Staley. It was a fitting tribute to one of grunge's most tragic figures. I only wish they had made room for my personal favorite, Down in a Hole.

So yeah, it was as great as I expected it to be. The opening act Middle Class Rut just seemed out of place, like one of the roadies' bands had gotten a slot on the bill. They were energetic and fun to watch, but since I didn't know their material, they wound up like most of the opening acts out there: an annoying roadblock on the road to the amusement park.

My top songs of the night were as follows:

What I wish they played: