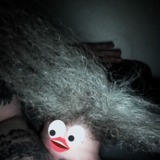 Highly addictive, great value, and worth every penny. (literally) 0

Pinball Hall of Fame: The Williams Collection(PlayStation 2) by festeringneon on July 28, 2008

I didn't know what to think of this at first. Don't get me wrong, i'm an advid fan of pinball games, but it always seems to be a hit or miss sort of an idea, especially this day and age where the sport just doesn't get as much respect as it deserves.On that note, Pinball Hall of Fame: Williams Collection for PS2 is no title to skip for any fan of a little nostalgia, and certainly not to be missed by a fan of the genre. Game wise you have choices to make, go right in and start hammering away with...

Tons of items to unlock. A solid 3rd installment to the series. 0

This game is pretty good for the time. It was nice to see the game play smooth, and have bright and vivid colors. It holds true to the PS days of HS, and takes it to another level.I appreciated the fact that there is alot to keep playing for. The course number could have been a bit higher, as you'll find yourself playing the same courses many, many times.A few things however, I cannot stand no matter what, are the repeating sound effects. They're annoying, the caddies same answers are annoying, ...

This is one of the few motorcycle games I do like. Well I should say my favorite and in a close second is excitebike. Beating the hell out of other racers and cops never gets old. Also racing, time and time again to just make a little more cash at a time to get the bike you want is exciting in a way because you can get the better bike, but "what if you race just a few more.. then you can get even a better bike" so that part makes it fun. A couple of things could be better though in this game: FR...

On the edge of greatness, but something just doesn't feel right. 0

First off, I want to start by saying, that I did have a hard time giving this game a score below a 9 rating. I think it easily has the potential to become a great game of substance and depth, yet, feels a tad bit lacking in content right at the moment. But to no surprise, UT2K4 was not the giant of content at its release, however it was a little easier to get away with 4 years ago. The graphics are really nice, and detailed.. the framerate is very smooth, which is a huge plus knowing Epic took i...

I've owned this game for about 4 years now, but this is the one game I cannot get enough of, no matter how many times I play. It is nearly perfect in every way, and still holds well.The story mode is highly creative, detailed, challenging at times, and just plain fun. Onslaught and the addition of vehicles is addicting, no matter if you're playing single player or online. The main thing I love about this game, is that the graphics are great for the time it came out..and still holds true today. H...