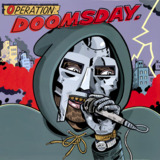 Let's You and Me Fight: Nostalgia Strikes Back

Apologies for the sudden disappearance—work got busy, and then I found myself distracted by video games for a while, and then work got busy again, and then, you know, video games. I’m attempting to spin things back up here as far as regular content goes, but we’ll have to see.

Somewhat unsurprisingly, a lot of my time has been dumped into various fighting games (also Trackmania). I’ve brought this up before (if not here, certainly on the podcast), but part of what makes fighting games so appealing to me these days is the brevity of an actual match—you’re looking at around five minutes per match, tops—but at the same time I’ve found myself spending entire afternoons just kind of sitting in online play (or, as has been more frequent these days, sitting in training mode). The point being that unlike so many other genres it lends itself to both short and long sessions, and the more time I spend with them, the more I like ‘em. In the last week, I’ve been spending a lot of time with one flavor of fighting game in particular—the anime fighter.

What the fuck is that?

I spent a year abroad in Oxford my third year at college, and while I did not spend as much time playing video games (there were an awful lot of pubs nearby which I was busy devoting my attention to), I did wind up killing a not-insignificant amount of time dicking around on the internet when I should have been writing papers. This was also coming off a summer of working third shift construction, where I wound up casting about on the internet for shit to do on my nights off and, inevitably, spent a lot of time on 4chan, because of course I fucking did. This meant I wound up watching a lot of anime that I wouldn’t have ordinarily watched, because this was also when torrenting became super-prevalent.

The thing about being in another country for school was that the only thing I had to play games on was my laptop: a cheap Gateway (formerly eMachines) which could just barely run World of Warcraft. I’d installed Fallout 2 on it before leaving for school and it was those two games I found myself saddled with for the entire year—that and some games on my trusty DS which I don’t actually recall all that well.

Lord knows why, but when I saw some chatter online about some game called Melty Blood, I became interested enough to check it out—which involved torrenting, finding an English translation patch, and buying a shitty Logitech gamepad which was basically a Dualshock 2 but without the responsiveness of a Dualshock 2 (this was at the prompting of my brother, who assured me it was a quality controller even though it really, really wasn’t).

As it turns out, Melty Blood was a fan game of sorts which spun out of some visual novel or other about vampires, the people who hunt vampires, and the people who fuck vampires, their sister (but don’t worry, she’s not a blood relative!), the maids, and the possessed nun or whatever pretending to be a student. Yes, I know. For whatever reason, the creator of the VN is massively popular, and this particular thing was popular enough that some people made a fighting game and got it inducted into the actual “canon” universe (I think).

What Melty Blood really is, of course, is a Guilty Gear clone. Or at least that’s the game it reminds me of the most—right down to an enemy who just sort of hits you with shit that comes out of his vaguely amorphous body—including sharks and a deer that just sort of wanders around hitting you until it goes away (you know, like summoning Eddie in GGXrd). I played either the first or second version (I believe it was ReAct that I grabbed in college) and enjoyed it for what it was—although I couldn’t play other people because I only had the one controller and online support didn’t exist. I went through the story mode, which I actually enjoyed quite a bit—I liked that it branched if you lost, so that instead of having to restart you just got a different story in particular—and got… I won’t say “good,” but at least competent. Then my laptop got stolen that summer and what with one thing and another, I never gave the game much thought again.

Until this year’s EVO, that is.

It was bouncing around this very website’s EVO post that I saw a familiar name included in the AnimEVO side-tournaments. I was already kind of interested in seeing the latest BlazBlue and vaguely interested in Under Night In-Birth (developed by the Melty Blood people), so I was surprised to see Melty Blood on the list of planned events. I certainly hadn’t thought too hard about the game in the nine years or so it had been since I last played any Melty Blood myself, so I decided I would make some time to check out the tournament and bask in the warm glow of my own nostalgia.

As it turns out, the game’s pretty fun to watch in the same way that most anime fighters are really fun to watch—the combos people pull off look really ridiculous and cool, and as memories of the game came flooding back I made an inquiry in the twitch chat about just how the hell people were still playing this game and, of course, how one could go about getting a copy for themselves, you know, if one were interested.

Google proved to be the answer to the latter question, and a quick browse of a comprehensive pastebin document later I had an installer, a crack, and a translation—just like old times!

I vaguely remembered dicking around as Sion (the girl with the gun) last time, so I hopped into the story mode and discovered it still hasn’t been translated. Undeterred, I settled for dicking around in the training mode and fighting the AI, which did a handy job of handing my ass to me for a good portion of my time until I remembered most of the mechanics (I have yet to fully wrap my head around the moon system they implemented in this version—they work like grooves in SFIII, but some differences are universal and some are character specific). Eventually I got to the point where I figured some online play couldn’t hurt, so I hopped into a steam group chat set up for this very purpose and found myself a sparring partner.

Said sparring partner proceeded to utterly annihilate me, although he was very nice about it and knew I was completely in the woods re: competent play. It was a lot of fun, at any rate, to see how the various characters played, and the community (such as it is) was all quite helpful and seemed to be Solid Dudes who all pointed me toward some guides and such to pick up some basic combos and whatever.

So that’s what I’ve been doing recently—sitting with training mode open, usually with some other thing going on because the game can be run in a small window, practicing the sort of simple combos that one generally does when one is completely out of practice with the game they played That One Time Nine Years Ago. There’s something about the sprites that I like which I can’t pin down—the somewhat low-resolution look leans a little more on the viewer to fill in the blanks and that works in a way that other older games don’t (not to be too reductive, but the jump from Street Fighter to Street Fighter II is enormous, and even then the jump to Street Fighter III is such that II looks bad by comparison). That and the fact the soundtrack is surprisingly good secures a place in my heart for this game, weird-ass pedigree and all.

SUPER OBVIOUS NOTE ABOUT PIRACY: As a general rule, I try to avoid pirating whenever possible. I like paying people money for the work they do! It’s kind of my thing these days, because I have a job and can afford to do so. If there were literally any legitimate way to get my grubby hands on this game, I would’ve done so. As it is, this particular version (the one with online support and shit) was only ever available in like a boxed anime set that goes for something like $300 goddamn dollars these days, and is super-rare to boot. So I broke my “pay people” rule, although in a gesture of like… soothing my own feelings of guilt I did pick up Under Night In-Birth on Steam afterwards so at least some money went to the devs (I have yet to play any of it, because I’m busy in MB, but still). That doesn’t make it right, of course, and I fully acknowledge I’m a complete fucking hypocrite in this instance.

OTHER EDIT: So here's the thing: I 100% was going to pick up UNIB on Steam after I wrote this, which is why I said I picked it up--only it turns out there's not actually a PC version out? So nevermind. I'll have to pick it up on PS3 or (as is more likely) wait for the PC version to arrive--which I could've sworn was set to happen soon, but a quick google search turned up JACK SHIT, so maybe the PS3 version's in my future after all.

OTHER OTHER EDIT: Yeah, I have UNIEL on PS3 now. Doubtless I will check it out soon enough.