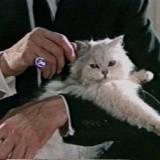 For anyone on the internet, is is difficult and hurts one's pride when he or she refuses to be wrong based on an opinion that they have posted. Earlier today, I made a comment referring to Patrick Klepick's article on sexual harassment and the video game fighting community. I want to apologize if my comment struck the wrong cord. I still defend a portion of my comment; if I was Super_Yan, I would have gone onward with the competition at stake, and given my coach, who was supposed to help me, an earful. I agree that sexually offensive comments have no place and agree 100% with everyone here that Aris is representing everything wrong with this community. Super_Yan is a fine competitor, but, upon reading her comments regarding her experience in the Cross Assault show, clouded my judgment. This is not because she is a female, solely as a competitor and am I judging her role in this. I was apart of the fighting game community once, and when I read this article it made question what is and isn't okay. On the other hand, Cross Assault is conceived as reality TV, and this incident was bound to happen sooner or later.

So once again, I am sorry, if I can take my comment and worded it differently, I would. Sorry if I offended anybody here on Giant Bomb and the Fighting Game Community.

From FigureRealm via Capcom Unity.

Hello all. I am the Game Baron (and without video games, I cannot be the Game Baron). It's a great pleasure to meet all of you fellow Bombadeers.

I also love the sport of boxing, I am not a pro, nor even amateur.

I have a bunch of favorite games; it's going to be a while to list them all. If I were to list one off the bat, it would be Red Dead Redemption.