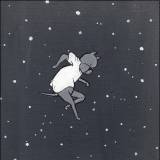 Coming around on Castlevania: LoS

I've gone back and forth on the new 'Vania game. I'm not the type of person who's upset because it's not a 2D game, or that it was made by a Western team. I love SotN, but that formula has worn a little thin. I'd pick up a new HD side scrolling 'Vania if one came out, but I'm in no hurry to pick up the iterative DS sequels that Konami keeps shitting out. That said, I wasn't a huge fan of Lords of Shadow when I first started playing it. It's pretty and it has some good ideas, but it just didn't click. The game doesn't do a great job of showing you how it wants you to use their combat mechanics, which is especially frustrating in the early game when you haven't found many collectibles and your life bar is tiny. Plus, the game sometimes chugs, which does not help at all when you're struggling with a boss.

But then the game started to click for me. The land of the vampires is far, far more interesting than that of the lycans. There's absolutely gorgeous gothic castles that you're shown in these sweeping establishing shots, and run down, Germanic looking villages that you creep through in the middle of a blizzard. It's beautiful and subtly creepy, and it just feels right. Castlevania isn't a series about jungle ruins. It's about exploring dark and dusty castles with grotesque monsters around every corner.

Once I bought more combos, the combat clicked as well. It reminds me more of Devil May Cry or something similar than God of War. At the default difficulty in GoW, you can button mash and generally do okay. Here, there's a constant back and forth with you balancing your damage (shadow magic) with healing (light magic), while trying to mix up your moves so as to get focus to keep your magic up. It can be punishing, especially in the early game when you don't have many moves and it's hard to keep focus. Now that I've got a handle on what's going on though, I'm feeling much better about it.

So the game is flawed, but I'd still recommend it. It's a shame that it's such a slow burn, because I have a feeling that it's going to turn a lot of people off initially. It's a long game, almost shockingly so, and it seems like they reward people who stick with it with the best of their art. It's absolutely stunning, and should have been in the beginning of the game.

Also, fuck those platforming sections. Seriously, what the hell. I just finished the clockwork tower, which is great for it's 'Vania flavor, but jesus christ guys. Your character has a fair amount of inertia and weight when he moves, but you're going to make me jump from tiny moving platform to tiny moving platform with garbage camera angles? Ugh.

What a weirdly inconsistent game.