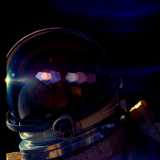 I've been consuming a lot of post-apocalyptic media lately, these works all share several themes.  One such theme is that of scarcity, another is the breakdown of the social contract.  While I believe that were the apocalypse to occur the latter would likely follow, I am not so sure about the former.  Today, in the United States at least, there is an abundance of material goods, most likely if you were to evenly spread them out to everyone no one would want for much.  If a large portion of the population were to be wiped out by some catastrophe, I suspect that our stuff, i.e. clothes, shoes, batteries, weapons etc. would be left unscathed.  I would even posit that food would not even be that scarce, as there is so much preserved food.  But time and time again when I watch or read stories set in the post-apocalypse the survivors are depicted trading knick knacks and tchotchkes for food and water.  All the survivors would need to do is hole up in a Wal-Mart, or Sam's Club and they could survive for years, long enough to plant crops and have a sustainable source of food.  Assuming that the disaster didn't kill all plant life.  If that were the case they would have to worry more about oxygen, than food.  Maybe they would need to trade with the survivors living in a neighboring Home Depot for some gardening supplies.  Depending on the state they would even have guns to go hunting or for defense.  I don't think there would be much need for defense though since I'm assuming there would be so many resources left that I don't think there would be looters.  I think that the only movie to get the whole idea of material abundance right was I am Legend, it may not have had the best story, but I think it was right in that regard.  In the movie Will Smith lived in a deserted Manhattan, where he had every material good he could ever need; now imagine if there were a dozen other survivors, or a hundred, or even a thousand just in Manhattan alone.  At this time Manhattan has a population of 1.5 Million people, and there are constant imports into the city to provide for them, but if that population suddenly dropped down to around a thousand people the goods currently on the island would likely be enough to sustain the population indefinitely.  This is not something special to Manhattan, I only used it as an example, if the populations of the cities of the U.S. suddenly dropped to a small percentage of their former size I submit that the survivors would not be struggling as much as they are portrayed in popular media.  The post-apocalypse will probably just be boring, and a lot like pre-industrial revolution times, at least for a while until infrastructure, and formal governance is restored.

I kind of feel like a jerk but I'm only writing this for the points; it makes me feel like a futuristic drug addict.  Jesse Schell was right in his D.I.C.E. talk when he said people will change the way they like their lives if you give them and abstract reward like experience points.

I've already sold my Wii, traded it in for a PSP; it was almost a one for one trade.  Now rather than wipe the inch thick layer of dust off of my every month or so I play Wipeout Pulse or Patapon.