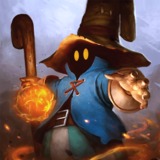 The 10 suits I like the most in Insomniac's Marvel's Spider-Man, for PS4:

My thoughts on the Battlefield V open beta

I played for around 12 hours and still intend to play more the last two days of the beta. I'm really impressed by how much I liked the shooting and movement.

I loved how the guns feel, I think it might be the best shooting in a battlefield game ever, the damaged is well balanced as well. The game is really smooth, I was impressed by how well my PC performed on it despite not being really new, I have a GTX 950 and it always felt it was more then enough while playing the game, really polished visuals. The lighting in the game is amazing, it looks amazing, as it always was, but BF1 was a bit more dark, so this feels really pretty looking for a technical graphics display.

I really liked both of the maps that were on the Beta, both felt balanced, no map too big or too clunky. Both had areas with more open combat and areas with a more close to mid range focus. I felt like I could play any weapon and be useful. Also the fact that it had less vehicles then past battlefield matches, as far as I remember, and that's a plus for me.

They bring a very creative idea of limiting a bit of the supplies for the player, not having that much ammo and items, with a slow health regen. But each control point has two stacks of crates, one for you to restock ammo and/or grenades and one for you to heal yourself, what increases the importance of who is controling that point, not only for the match points, but also sustain the pressure.

(Most of it is just ok for being in a Beta stage): Bugs like getting stuck between the boats and the wall in the map with a water section. Two times someone tried to revive me exactly when the bleed out timer ended, and then the revive animation still happened, but I still died, when went to the spawn point of view without being able to select anything, had to quit both times. A few times the servers went down or simply switched me to another match in the middle of action. In the first couple of days it had a lot of team unbalance, matches with 64 players being 50 vs 14, becoming completely unplayable on the sense of having fun.

I really didn't like that the bleed out timer doesn't change how much you have to wait to spawn after, if nobody revives you. But after a few more hours I started to accepting it, and trying to understand why it's like that.