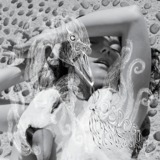 A few thoughts on Advanced Warfare's campaign and Robo-Spacey.

I was lucky enough to receive my copy of Advanced Warfare in the post this morning, so I did what any sane person would do and sat in the same spot for about seven hours and finished the campaign.

First things first. This is a Call of Duty campaign, no amount of mech suits and double jumping can hide that. This is pure, follow-this-dude (Or run ahead of the dude... or dudette! and hope they catch up with you.) left trigger, right trigger Call of Duty.

What it isn't is the soulless bore that was Ghosts. I'm not going to tell you this is high art, it's still point at stuff as huge stuff explodes, but there is an attempt at storytelling here. With Troy Baker in the lead and a couple of others that round out your team of super duper PMC friends.

The Exo Suit seems to be a pretty huge focus, but they only ever give you variations in the campaign. You don't always have the same abilities, such as a shield or a double jump and on occasion they give you a fancy Batman-esque grapple which is super fun and is put to good use during one of the less actiony stealth levels. There's also some light progression with you unlocking points to put into various things like reload times and damage reduction. It's a nice inclusion, but doesn't really alter the game in any way.

I think it's an absolutely stunning looking game, from the incredible cutscenes (not ingame) to the environments and really rather good faces. It's a real stunner in places and not a single framerate drop during my entire playthrough, despite a couple of hitches in cutscenes.

And I guess that brings me to Kevin Spacey and the story. He's used to good effect although his story arc is as predictable as they come. It kinda makes sense that the first few missions had me feeling pretty uneasy about who I was working for. It is a fun romp and the fact that some effort has been placed in making you at least care a little about the characters in the game is nice. Gideon, your British pal is good fun and the hard as nails Illona is cool, I'm definitely glad to see a female as one of the core group of badasses. It is definitely weird seeing robo spacey spout some pretty crazy shit, but he fits the part very well. It doesn't seem gimmicky in any way, and Troy Baker is as Troy Bakerish as he gets.

If there's one main complaint it's that it leans heavily on quick time events, moreso than any other Call of Duty I have played. And some of them are a pain. I missed a bunch of them as the icon for doing so isn't always apparent as it's white and small. The QTE's do however lead to some spectacular sci-fi action movie nonsense, and some of it is pretty absurd/insane/improbable.

So, it's a fun time in that big dumb action movie kind of way. I might see if I can play a bit of the MP or Co-op later if this headache I seem to have gained from not moving from the same spot without and food or drink goes away. It's pretty noisy. I'm not certain but the bodycount in this one seem to be waaaay beyond past installments.

Edit. Some of the finest images I captured from the game.