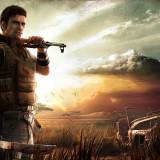 In this exciting episode of Hangedtoaster's blog I have chosen to share with you reader the tales of the summer of 2012, so buckle up cause things got kind of weird.
I'm not a student, of any kind so I don't really get summers off, I Just have to work like most of the worlds population, which kind of sucks but hey money right? But when I wasn't working? Well that's when things got crazy. You see most of my friends have birthdays during the summer, specifically towards the end of the summer, so the last half of August mainly consisted of me waking up in various locations other than my own house, and on one occasion a field. I love these sort of things happening, it only happens once a year as well which makes it somewhat better. Overall Summer 2012 was a blast I look forward to the adventures of Summer 2013: The Summeriest. But this is a website about video games and I've been lead to believe that people reading my rambling enjoy games also, here's some games I played.

Modern Warfare 3 - Over this past weekend I was visiting a friend and we decided to hop online for some good old multi-player action, Upon entering a lobby we we're met with what I'm assuming was someone round the each of 13 screaming at someone ( I think his mother?) because they wanted him to stop playing and go outside. This game has not changed any, I hate these sorts of public lobbies where it seems to bring out the worst in anyone. I sincerely hope none of these children are like this in the real world.

Battlefield 3 - I play on the vastly insuperior console version of this game, even though I have a pc that will run this game (and run it well) I maintain the belief that flopping down into a comfy chair at the end of a long day is much preferable to sitting at a desk and playing. This game is simply awesome, I've put in around 150 hours and plan on putting in well over 150 more if I have my way. Armored Kill is also out this week and that has me stoked for some good old tank gameplay.

In other entertainment that I've consumed in the past week, I watched Cabin in the Wood's, It was entertaining but I don't think it was the amazing film that people have claimed it to be, I also rewatched The Core before coming into work this evening. And this is super weird but the material used to build the ship that they use is called unobtanium, seen also in such films as Avatar. I dunno I thought that was mindblowing at the time. Other than that it's been a pretty good week, I've been invited by some friends to (potentially)  join them when they eventually move out from there respective parents house's and that prospect has me excited.

To anyone who's read this far thanks, I hope you have an excellent week

The Blog in Which I Am Not At PAX

So due to starting a new job I wasn't able to get the time off to go to PAX Prime this year, which kind of blows, on the upside I get to save money and get to avoid the 12 hour travel time in order to get to Seattle from Calgary. Sort of on the more rantier side of tonights blog is directed towards forum moderators, I want to make it absolutely clear that this is in no way an attack upon the awesome people that police the GIantbomb boards just a simple observation and my own opinion on how moderators on forums should operate.. So to set the tone for this let me regal you with a tale, I was surfing the boards and due to the sometimes hilarity of the locked topics I was taking a peak at some of them looking at the various reasons for which they were locked when I came across one where the mod had responded in a manner I thought quite harsh for reference I have no idea of the situation surrounding this exact poster. I sent a pm to the mod expressing my doubts in the manner in which he had responded and was replied with the equivalent of "Fuck off it's none of your business" Which it absolutely isn't. I personally take issue with the non-transparency of Mod's decisions across all internet boards, I'm just off the opinion that when questioned any mod should be able to give there reasoning (in the case where it's not extremely obvious) as to why they would lock a certain top. Anyways ending that portion of my rambling.

TLDR for the above section: I don't exactly agree with way some mods operate on forums across the internet

But hey I totally played some video games this week!


Guild Wars 2 - I think it's happened, I've finally found an mmo that has kept me engaged for more than ten hours, I honestly don't know what It is about the game that I find so interesting. But it's totally awesome, I'll be putting many more hours into the game and we'll see where it takes me, Expect frequent updates in the blog about my adventures through Tyria.

Sleeping Dog's - So I played and beat this, And it's pretty good I certainly enjoyed my time with it. I haven't done a lot of the side stuff I'm planning on digging into that sometime next week however.

Kingdoms of Amalur: Reckoning - For some reason I decided to pick up both dlc packs for this Teeth of Naros and the other's name has escaped me at this time. That in itself speaks volume for that content, it isn't that great, but I returned to that game for the combat which I found exceedingly awesome!


And so ends another rambling wall of text, In other entertainment I've been reading the Guild Wars 2 guidebook er because I can. It's a fairly good read, has some information about the world which I had no prior experience of until Guild Wars 2. Been watching The Glades as well, and that's a crime drama, it's okay.

But seriously thanks for reading, your all awesome people

I Work A Night Shift, So I Come Here To Lurk: Not Lurking Anymore

What up Bombers, I'm super tired right now! As of typing this up I've been awake for 18 hours with about another 7 to go before I can return to the sweet comfort that is my bed, I'm sure you didn't come here to listen to my sleep issues so onto the video games!

Guild Wars 2 - So i pre-ordered this, mainly because there seems to be a decent interest in the game on these here forums, I honestly don't know what I'm getting myself into, So maybe someone could point me in the direction of some info about what I've gotten myself into?

Darksiders 2 - Maybe Spoilers? I beat this and I'm kind of dissapointed the last couple hours of that game felt like a real sprint for the finish, and there wasn't a big pay off at the end.

In other kind of crazy news lately I've been debating moving to a different country, and no I will never consider the states. I'm thinking about moving to Norway as a good friend of mine lives out there herself and say's its amazing. So I dunno maybe coming soon to a blog near you? The norwegian edition of this blog, so yeah that's kind of a thing.  That's honestly about all I have to say, I'm watching The Raid as I'm typing this and it's pretty awesome. So I dunno leave a comment, any Bombers live out in Norway to describe how awesome (or not awesome) it is out there?

Cool Thanks for reading

Spec Op's and a return to Skyrim

First off, In an effort to record my thought's on whatever happens to be going on in regards to what I've been playing ( and to share it with someone ) I have turned to you fair viewer to read and perhaps criticize my lack of writing skill, without further ado, Welcome to my blog! ( Also SPOILERS! )

Spec Ops: The Line - Having just beat this it's fairly fresh in my mind, it's one of the better story driven shooters I've played in the past couple of years. Yes it is a fairly generic third person shooter, but hey if it ain't broke don't fix it, right? By the end of Spec Ops I'd built a relationship with Captain Martin Walker, having seen, and often caused, the things that he had seen through the course of the game. Overall I really enjoyed it, I've always been a fan of post apocalyptic situations and the way that people are forced to adapt to the situation, sometimes by compromising there ideals. Or in this case going bonkers and shooting up your own country men.

Skyrim - I stopped playing sometime in January after putting in over 150 hours on a single character, the release of Dawnguard prompted my return to the world of Skyrim. The game continues to amaze me, I'm still finding caves and tombs that I never encountered on my first adventures. Dragons are still real cool. Dawnguard is something else though, I played from the perspective of the Dawnguard, which I somewhat regret having watched the quick look of Brad playing as a vampire lord. My one big question is that did Dawnguard add more dungeons and locations to the world? I would have sworn I had hit every single dungeon in the world apparently not!

Mass Effect 3 - I'll only touch on this briefly since I feel this particular horse has been ridden to death, brought back to life, than ridden to death once more. I played the Extended Cut stuff and am pretty pleased with the scenes that they've added ( for reference I destroyed the Reapers.) The ending for the game still saddens me, I've played through the entire trilogy and i'll never be able to shake the feeling that there was a major change in where Bioware wanted the story to end up. To me the tones of Mass Effect are sacrifice, teamwork, and overcoming overwhelming odds. not relying on some greater being to say "oh here's your options." It just doesn't seem to fit with what they started with. I look forward and am optimistic for the next installment in the Mass Effect franchise.

And so here is the end of the first of hopefully many blogs, feel free to comment on any of the above topics! Or feel free to rage to your hearts content at my undoubtedly poor writing. Regardless of what you do if you've made it this far I thank you for giving me some time out of your day

Just beat Farcry 2 today. Overall it was an excellent game but I do have several small issues with it such as.... The saving system! I found it frustrating that the game seemingly punishes you for not saving at the appropriate time. Besides that kudos to the entire game excellent graphics good equality between combat and having the "Ohmygoshthisisbeatiful" moments.

Just beat Farcry 2 today. Overall it was an excellent game but I do have several small issues with it such as.... The saving system! I found it frustrating that the game seemingly punishes you for not saving at the appropriate time. Besides that kudos to the entire game excellent graphics good equality between combat and having the "Ohmygoshthisisbeatiful" moments.

Blogs Created:
6 blogs
Most Commented blog:
I Work A Night Shift, So I Come Here To Lurk: Not Lurking Anymore
Total Comments on blogs:
14 comments