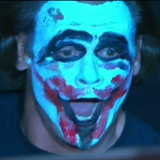 Site is finally back up and Mortal Kombat is god-like!

After a couple days of Amazon problems, Giant Bomb is finally back up and running!

It's been amazing at the amount of content GB has been producing for the recent release of Mortal Kombat. Yesterday's MK Scrub League tournament was really awesome and I hope we get to see many more tournaments in the future.
I haven't been able to play much Mortal Kombat myself lately but it turned out to be really good. It's great to see Ed Boon and his team at Netherrealm return to their 2D plane roots to create one of the best games of the year.
1 Comments

Going to make this quick and short.

One of the best MK games I have played in this decade. Job well done MK team!

Hey guys. As you can see I have not been as active in the past couple of weeks. This is due to of course the Wrath of the Lich King beta which has been going very smoothly despite some server problems. I managed to get a Death Knight to the beta level cap of 77 within 4 days played. Northrend quests are the funnest quests ever implemented into the game. Each quest has its own special gimmick and I appreciate Blizzard's stance to lessen the amount of quests that have a "Kill X for X amount of times." I'm currently waiting for them to implement Icecrown and Storm Peaks and raise the cap to 80 which I hear will be very soon.

Aside from all things Wrath, I have an opportunity to play Warhammer Online: Age of Reckoning this Friday during its Weekend Preview. I have been awaiting this game since its announcement in 2005. After waiting a year to actually be invited into the Closed Beta, I finally get to play the game! I have been doing nothing but watching videos and reading Beta impressions since the NDA was lifted yesterday. I am pretty pumped about this game and so far I have been impressed with the footage I have seen. Friday can't come quickly enough.

Wrath of the Lich King Beta and Giant Bomb

Recently as of Tuesday I finally received my BlizzCon '07 beta test key which was for none other than Blizzard's new expansion pack for World of Warcraft, Wrath of the Lich King. Being the Warcraft nut that I am I have since focused all of my thought onto this beta and leveling up my brand new Death Knight named Vikham (currently 61 by the way). Seeing all the new content is fun including the brand new Death Knight only zone parked inside Eastern Plaguelands. That entire questline is a loregasm. Northrend was fun for the first 3 quests I completed in Howling Fjord and await my return once my Death Knight gets in there.

As for Giant Bomb, it is amazing to see the submissions everyday grow. Due to the Wrath beta, I have been unable to edit and submit more pages. So, I am going to wait until my current batch of submissions go through before I start on more. Until then, I have a beta test to attend to. Ciao!

Well, Day 1 of the Giant Bomb editing crusade has ended for me. I edited mostly the Wrath of the Lich King page which consisted of a giant overview of Northrend and its zones. Submitted some pictures, locations, characters, and edited some game pages. Still waiting on those submissions to get reviewed so people can get a good look at what I accomplished!

Time to get ready for Day 2. There is still so much more I need to do to make those pages the best it can be.

It just does not stop! Who knew editing pages on Giant Bomb would be so much fun!?

Giant Bomb has exploded onto the web!

It is finally here! Giant Bomb is up and running and boy does it look awesome. I am sort of in an edit rush at the moment trying to edit mostly the World of Warcraft section before I spread out to other pages. Might as well hit the one I am more knowledgeable about! Ah well, back to editing, happy bombing!