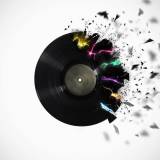 Hey I'm Chad. We just met and by 'met' I mean your eyes serendipitously wandered down into the comments section of a video or article on the internet and you've read a blurb I wrote detailing my thoughts and feelings about said video or article. What luck! Now you know how I feel about this reboot of an old PC game franchise turned FPS or the remake of a little known cult 70s horror film! I'm a pretty big fan of the older stuff, I just wish people would leave that stuff alone. Wouldn't we all be better off if people didn't try to tamper with the classics and get their grubby hands of change on things? Advancements in medicine? Pshh, who needs it? What's wrong with the 'ol stand by of chicken soup and illness sucking leeches? Oh man the automobile? No thanks, I'll just use these getaway sticks called legs, they've never failed me before except for that time when I fell out of a tree peepin' on the widow next door. But I'm losing the plot here, let me find it again.

If you're going to read someone's comment on the internet it should be mine. My opinions are unique and fresh and I have many facets to my comment writing. Here, let me show you using this article: http://news.bbc.co.uk/2/hi/africa/4748292.stm Ungh, the dowry he had to pay was only $50? The goat must not have been a good fuck. Totally not worth getting caught and being forced to marry it. He should have fucked a gazelle, something with class. Lame.

That is THE WORST THING EVER that this guy would engage in coitus with a goat. But it sure is THE BEST THING, LIKE, EVER that he was forced to marry the goat. *Nervous laugh/facial twitch/forced reference to Nic Cage*

Staunchly Defensive for no Discernible Reason

Wow, it is a human being's RIGHT to force him or herself on an animal. Love works in mysterious ways, and sometimes one of those ways is goat fucking. Just leave him alone please, let him be happy. Stop demonizing this goat rapist you vultures.

Dude fucked that goat and got caught and was forced to marry the goat he raped? So what? Who cares? I don't. Did Prometheus come out yet? Whatever.

Oh man, that's pretty crazy. Reminds me of this one time during a family reunion about 3 years ago, it was time for dinner and everyone was at the table except for my uncle. We were all looking for him and then we heard these weird yelping noises from the barn. My cousin Jebediah made a joke about my uncle being a sick, dirty goat fucker. Turns out it was just my little sister Debbie lighting a Furbie on fire. Hahahahahaha, oh man.

That's pretty crazy. Did you guys know that In many jurisdictions, all forms of zoophilic acts are prohibited? Others outlaw only the mistreatment of animals, without specific mention of sexual activity. In some countries, such as Denmark, bestiality is not outlawed. It is currently illegal in Canada, Netherlands, 34 U.S. states, Australia, the United Kingdom, New Zealand, Turkey and Ghana. In the UK, Section 63 of the Criminal Justice and Immigration Act 2008 (also known as the Extreme Pornography Act) outlaws images of a person performing or appearing to perform an act of intercourse or oral sex with an animal (whether dead or alive). Countries such as Belgium, Germany, and Russia are somewhere in between: they permit sexual activity with animals, but prohibit the promotion of animal-oriented pornography.

Informing the Poster of the First Comment That he is an Asshole.

Fuck you man, no one cares. Gawd. I'm so mad about something so inconsequential. Arghhhh. Anyways, I too have no input on this article.

Those are just a few approaches to comment crafting that I've got going on at the moment. I'm working on a few new techniques that I just can't wait for you to read on the next article about something as world shatteringly important as video game "news" or the announcement of a new film. Make sure to @reply my comments! I get this delightful redirection of blood to my phallic vessel whenever a stranger on the internet has read my shit, and shit it certainly is.

@MrKlorox: It is -awesome- that LoL's reporting and tribunal processes give your strategy 100% odds of a banning.

Well, flip it around. Why should 4 other people be obliged to spend 30 minutes to an hour of their time teaching you how to play the game?

They don't have to teach that person how to play. They also don't have to act like vulgar children either. Its not one or the other.

Well, if I go into a game with the intent of learning rudimentary systems or a champ, then I am conscripting the other players on my team into a tutorial scrim. IMO queuing up for normals shouldn't imply tacit consent to having my time used by someone else for their own purposes.

So long as you're not being a dick then that's gravy.

Well, flip it around. Why should 4 other people be obliged to spend 30 minutes to an hour of their time teaching you how to play the game?

They don't have to teach that person how to play. They also don't have to act like vulgar children either. Its not one or the other.

Everyone that put my name up there, that's very nice of all of you, thanks. You're filling me with that steamy, warmness on the inside, right up in my guts. Sweet Christmas vibes I do believe they're called.

I learned that I shouldn't live in an attic on a mountain. Life lessons.

I have about a dozen people I've communicated with for over a year that I'd call mates, so, yeah.

So, are you telling me Some advice is needed?

I was under the impression that no advice was needed?

I mean, that's not the impression I got from the OTPM.

Sorry, I mean the OP.

Alright, you had your fun. Stop derailing the thread.

Bro, the word 'advice' is in the title. The proof is in the pudding. That's just the way this cookie is crumbling. Batter up an apology, I'll be here to catch it. Its the season(ing) of forgiveness is it not?

So, are you telling me Some advice is needed?

I was under the impression that no advice was needed?