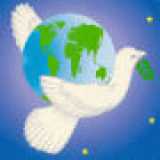 Got an XB1X and I'm looking for friends because Apex is tragic by yourself - my XBL name is supHumanity so please add me!

I don't have the time to play Roguelites

I think we've all heard that age old addage: when you're young you don't have money but have plenty of time and when you get older you have a lot more money but a lot less time. For a while now as I've grown older myself I've been increasingly feeling the effects of being pushed in the direction of the latter. Buying new games is not an issue anymore, but dedicating time to them is. I honestly see the roguelite genre as a young mans game. They require time, dedication and fast reflexes are definitely a huge bonus. That is not to say that getting older is going to cut you off from those type of games entirely. Matt Rorie, with all due respect, is no spring chicken but he has honed his Spelunky skills to a fine edge and can clear that game quite consistently. Not all of us are as lucky to be born perfect human specimen.. unfortunately.

I've dabbled with roguelites for a while now trying the popular titles and always dropping them very early on. Dead Cells took the world by storm and I struggled to get past the second boss and in fact never did so. The idea of having to clear those early stages and that first boss just to get an attempt at the second one seemed exhausting. I've always favored linear, bespoke, iterative game models. Specifically I enjoy the feeling of growing stronger in games thanks to skills and stats you've earned along the way. Less Dead Cells and more Hyper Light Drifter. I understand the appeal of actually getting better at the game instead of pumping up arbitrary stats in order to get ahead. That must really feel satisfying, but I no longer have the time, patience and possibly the dexterity to go that route. Most recently I've started checking out ScourgeBringer through Game Pass. The game has a great presentation and a unique combat system that has you bouncing from enemy to enemy in a stylish mid-air ballet. I'm not sure how it ranks in terms of harshness in the genre, but I know that despite enjoying my time with it I will eventually just have to put it down. ScourgeBringer like many roguelites requires you to beat the entire game in one go. As far as I know there are no shortcuts and each run begins at the very beginning. Each run first tasks you with locating the sub-boss of the "zone" by traversing randomized rooms in a square grid and then defeating the main boss of the zone known as a "judge" in order to move on to the next biome. At this point I can reliably get to the second boss and I've actually come pretty close to beating him. That said, the idea that I will have to repeat this ever increasing journey for each new area is deflating. I simply don't have the time or dedication to put into this game in order to get it done. I'd like to, but it's not likely to happen.

I've actually bought Hades and haven't tried it yet but I have heard that it is possible for folks like me to get through it. I'm definitely looking forward to trying and I hope that it can maybe be the first one of these that I stick to. I'm honestly kind of jealous of people that can find the joy in these games that I simply cannot. Seems like hitting gold when you do encounter a really good one as you get so many hours of fun out of it. They say not all games are for everyone and I just don't think I'm cut out for the genre, but I do wonder if these types of games were around when I was in my late teens back when I had all the time in the world would I be of a different opinion.

Blogs Created:
18 blogs
Most Commented blog:
Dragons Dogma and why you should really play it (Now on PC!)
Total Comments on blogs:
488 comments