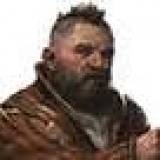 Why game prices shouldn't be increased in the next generation

Today, Wedbush Securities analyst Michael Pachter suggests Next Gen videogames will be priced at $70. For the sake of the core industry I so dearly love I hope that isn't the case. The world economy has yet to recover from 4.5 years ago, much less the US economy, on which much of the Games industry's future is dependant.

Adding 10 bucks to the price of video games will completely destroy all but the most top-tier franchises, potentially kill off non-indie innovation and experimentation and push more and more people away from traditional games (those which will cost 70$) and towards free to play model games, mobile and flash-esque games.

If anything, the industry needs to make a huge correction, price-wise. Make games an affordable hobby so that people don't feel fiscally pressured to avoid gaming or at least avoid paying for what they're playing (legitimately or otherwise). Instead of microtransactions or DLC being used to squeeze money out of already paying customers, a slightly reduced profit margin per sold game could very well result in a significant growth in non-used game sales, which will increase the profit margin on the title as a whole, as well as provide a larger mind-share when sequels are to be made.

Another option would be to create a more flexible pricing model, in which people bring out games in $5-20 for the basic indie titles, $25-40 for A or AA games, and $45-60 for AAA games. There are games that simply won't make their money back on initial release due to an uncertain buyer's market and the confounding "$60 for everything" standard in today's industry.

The games industry can't live on with this pricing model, which doesn't allow for varying qualities of game to coexist in the market. A more flexible industry that will allow a more flexible pricing model will be crucial if the pay-to-play portion of our industry wants to grow instead of shrink in the next generation of consoles.

Hello, people, sorry for interrupting your day, but I'd really appreciate it if you'd take a look at a podcast me and some friends have been making for a few months.

We'd really appreciate it if you gave us a listen, though I know I stand in the shadow of great people even on this site alone. Here's a link to our page for this week's episode (Don't worry about ads, we have none): http://criticalpath.zapto.org/2012/06/24/critical-path-podcast-episode-011-lollipop-paynesaw/

We'd really appreciate a listen and feedback, and if you enjoyed this episode, we have a good few episodes from before, and we plan on continuing.

Also, anyone and everyone who wants to participate can write in to us at criticalpathpodcast@gmail.com or PM me or @stephenage here at Giant Bomb. We'll do our level best to read your mail, address issues you find interesting and even bring you onto the podcast.

Also, for your convenience, here is an HTML5 player that you can access most of our episodes on. Our hosting service is fickle at times, but I'm assured Episode 011 should appear there shortly, if it isn't there already.

Disclaimer: I begin writing this post at 19:30 BST, 20/05/2012. The information, suggestions and suppositions written heretofore are a result of my personal experience playing Diablo 3 over the past few days, as well as my own experience as a program designer and programmer, and cannot be proven by myself at this time. This is theory and conjecture, be it convincing or otherwise. DO NOT TAKE MY WORDS AS FACT, BUT AS THEORY ALONE.

Right, now that we're done with that, let get to the nitty-gritty. I'm writing this article/post to put forth a theory, according to which Diablo 3's always-online DRM and real currency Auction House have a more "sinister" purpose than we've been led to believe.

First off, I put forth the following supposition as to the working of the DRM. Diablo 3 works much like an MMO with many lacking features. Every action is synchronized to the server, be it physical travel, ability activation, item activation, merchant and artisan interactions, etc. Whenever an action is made in-game, the game client interacts with the servers, obtaining whatever information it requires. Germane to the issue I bring up, is that the game contacts the server whenever loot needs to be distributed.

Having recently experienced a lot of lag on a high-latency connection with the game, and having observed that the lag was most visible and game-breaking when loot was to be distributed (killing mobs, opening chests, destroying destructible items, etc.), I theorize that whenever loot is to be distributed, the game client requests a loot drop from the server (that is, which items to drop, if any). Assuming this is true, it would mean that Activision-Blizzard is poised to control which loot is distributed, how much, and even to whom.

And, since every player-action is apparently reported to the servers, it seems likely that if they would wish to, Activision-Blizzard can track player's usage of items, as in sale, salvage, equipping, stashing, transfer to alternate characters, transfer to other players, sale on either Auction House, and even dropping on the ground.

With the item usage tracking information Activision-Blizzard could accrue and aggregate, it's very likely that they could then analyze which players are more likely to sell unneeded items and on which Auction House, and, given that they made the game's systems, it would be very easy then to give a player with a Witch Doctor and with no alternate characters an extremely rare and high-valued item, with the expectation that he'd sell the item for a large sum, of which Activision-Blizzard is entitled, as per the TOS, to 15%.

Having manufacture an economical system that can be so efficiently manipulated to provide Activision-Blizzard with additional funds beyond the money paid by gamers to merely play the game, they would be either foolhardy or exceptionally honest not to engage in any of the aforementioned manipulation.

After all, WoW subscriber numbers are slowly but steadily declining if I recall correctly, Diablo 3 and Starcraft II have no subscriber models that we know of, and Blizzard's project Titan is nothing more than a name on a two-year-old release schedule. A market completely controlled by Activision-Blizzard, where demand is closely monitored and supply can be manufactured on the spot, is a cash cow that I don't believe can so easily be left unmilked.

But in order to completely and utterly control this clearly valuable market, strict DRM has to be enforced. Whether or not Activision-Blizzard analyzes all player actions and in accordance with that distributes loot, they have to be able to regulate the rarity of items on their market. If due to a duping glitch or hacking large amount of previously rare items could be brought onto the Auction House, it won't be long before the value of these objects declines, and thus Activision-Blizzard's profit margin off of the real currency Auction House suffers.

If my theory is correct (and I am no more sure of that than I am sure of the shape of the back of my head), then whether or not Activision-Blizzard is actively spying on what Diablo 3 players do with their items, it's clear that Activision-Blizzard has the capability, if perhaps not the willful intent, to fully and frequently manipulate the market of Diablo 3 items, in which every transaction is profitable - to them.