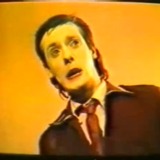 I was enjoying it until Dan got a star.

Extremely important note: In British English judgement with an E is the correct spelling.

I'm pretty sure the ??? prompt @danryckert was puzzled by in the email race was a joke: Abby said it was the brake, and the other prompt was for nitro, so it's saying "this button for nitro; who the fuck knows what this other button does, obviously it's not needed".

I think I remember that they skipped Windows 9 because programs did a search for "Windows 9" to see if they were run on Windows 95 or 98 so it would have had bad consequences with the new OS.

You're absolutely right - as a little hack to check for those versions simultaneously, some programs would check for the substring "Windows 9" in the version name string (rather than a numerical version ID). You can see samples of such code here.

I imagine there may be something to what @vinny was saying in general, though: version 10 seems like an opportunity to do something symbolically big, so there may be some reticence to get on board with the preceding version. On the other hand, 9 is the highest digit the version number can start with, and people can be subconsciously kind of simplistic about that kind of stuff (prices ending with .99, millions and billions feeling like they're in the same ball park as "very big numbers", when the latter is literally a thousand times larger, etc.). So who knows.

Wasn't the unofficial marketing line when Windows 10 was announced that it was so good they skipped a version? That's some pretty cheesy spin, but perhaps there's something to them wanting to put some distance between it and Windows 8.

Can not wait to watch the next episode of Jonathan Creek.

Yeah, Danse Macabre will forever have that association for a lot of people (presumably mainly Britons).

I'm really curious about this 0& (or is it zero&?) business, what caused it, and what it was meant to be. I demand answers.

To clear up the confusion from this game:

Dan ignored the tutorial quest pop up at the start of the game when he was switched to an adult (it's not a timeskip). The first thing you do is rescue the child from the hiding spot, once you complete this quest it unlocks all the features that dan said were not functioning.

He randomly stumbles across the child's hiding spot about 30 mins later and comforts it out of hiding. This is why everyone is confused about there being 2 children. The cutscene at the tribe's home is shown because he completed the tutorial quest. This gave him access to the neuron skill tree which he tried so many times to access earlier.

Presumably the corpse he finds in the nest is the older hominid from the introduction; I'm surprised none of them put two and two together with that.

That the game is too opaque to just pick up and play is definitely a valid criticism (though not a damning one), but even in those terms I'd suggest Dan is probably too impatient. One minute he's complaining about injuring himself out in the wilderness and having his life expectancy drastically reduced; the next one of his endless unnecessary wild leaps of faith leads to him breaking his leg. Entertaining for the QL, sure, but if that's the kind of thing that's soured him on the game, I can't help but suspect he's not really given it a fair shake.

Then again, this isn't a review, and it seems plenty of people in the comments are still interested, and perhaps it actually is terrible, so I'm taking it too seriously. And I don't mean to be too hard on Dan; he seems completely sincere in his reaction, and there's nothing wrong with that. I just find it a frustrating way to learn about a game which seems to ask for a different kind of attention.

Brad: they always think they know more than they do.

Finds a platform he misses

His precise wording was "I think people think they know more than they know sometimes", which is pretty accurate, it's just that in this case the people was Brad.

Your friend is crazy... but he's also right!

Alex seemed to miss a hint for the one he was stuck on for a bit at around the nine minute mark: The spikes point in the direction of the next platform.