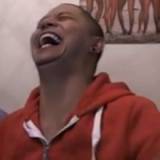 Haitani with those great reads!

No one else posting about Eita vs Clakey D?! That was so sick!

@MrVoo: Xiaohai and Dakou don't really take the game seriously, which is a shame. Their KOF fundamentals allowed them to get far, but maybe not very far against BALA, or the other top KOF players in the US(Romance,Reynald, Mr.KOF, The Beast/Chris KOF, Luis-Cha, etc...).

Hope I'm wrong though, and they have practiced the game more.

@Bourbon_Warrior: Not anymore. Seems to have lost some steam. Probably right no the most popular non-Capcom FG right now is probably KOF.

@ptys: Which is sad because the best FG players all use 360 because of 1. "Input Lag" (IDK anything about this so I place it in quotations) 2. Not as good Online

Anyways,congrats to Seth for leaving Capcom and joining those fine people!

KOF XIII is also pretty unpredictable this year. Of course BALA is considered to be in favor, but he also lost to Luis-Cha and The Beast this week. And of course int'l players will be there like the Chinese sensations Dakou and Xiaohai :D.

Marvel.... I can't even bother. Between Fchamp, Justin Wong, Marlinpie, and ChrisG, the 4 I consider to be the best right now, I don't know who will win. And of course the Japanese UMvC3 players there, and yeah other top Marvel players.

I don't really care for the other games though, especially SFxT

@Nightriff: Why the fuck does leaving a company mean going indie now? Seth isn't reallya developer in my opinion.

Though, who knows? Maybe he'll even join the PSASBR team, it already got a few FG players there