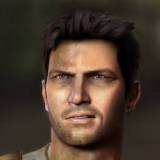 So with 2011 now in the past, it seemed like a good idea to discuss what games and other things going on in the new year are there to look forward to.

I really enjoyed the second Mass Effect game. The combat felt much improved over the stop start nature of the original Mass Effect game. The science fiction universe the game uses is also well thought out and detailed to keep my interest levels. I will need to complete Mass Effect 2 at some point as I would like to get to the end game of this and have a save file for the newest game due out in March I believe.

I had very little interest in this game previous to seeing it being on demo at my local city. The graphics are impresive and if the SKATE control method is present, I may have to give this game a whirl. Saying that, I want to try a demo first before comitting either way to this game. I do not generally play extreme sports games so this needs to be something special to pull me in and maybe this game will have what it takes.

According to a store site I use, Ghost Recon is supposed to be coming out this March. If this is the case, I will likely get it in April or sometime around release. I enjoy the tactical elements of the game and would like to play co-operative with friends on Xbox Live.

Other than that there is not really much that I can confirm as games I really want to play. If the Darkness 2 or Max Payne have a demo that wows me then I may consider picking one of those two up. However I really want something that will grip me otherwise I should not buy it given how I amassed so many games in the past that I did not really put enough time into to justify their purhcase.

I am quite lucky in some ways that there is not a large ammount of must buy games coming out now as it means I can focus on reducing my backlog to the best I can.

I am very much looking forward to seeing the new Batman film. I hope the characters will be as well thought out as Batman Begins and The Dark Knight. The approach these films bring have pulled me into the Batman universe and so I hope the tradition they bring in keeps going. I am a huge fan of the Bale Batman husky voice so I hope that is maintained.

Yes this film is out now, I am hoping I get chance to see it but if not I will end up buying it on DVD or Blu Ray (maybe as a collection if that is done as I only own Mission Impossible III and would like the first film on disk at some point).

A film I did not get to see at my local cinema but when this comes to being released on disk I will likely get it as I hear the story is really well thought out.

Other than that I do not really know what else is coming out film wise, are there any big hitters or indie darlings I am missing you can inform me of?

I feel like we are lacking a Superbad type film in recent months. Also Micheal Cera has been a bit quiet of late, so I am hoping we get to see an Arrested Development film (as rumoured or even a new series which would be just as good).

In terms of what I have been playing and watching, Saints Row the Third took up most of my gaming day on New Years playing co-op with a buddie of mine. I hope to get some more of that done with him. It was a real hoot and the game is actually quite well thought out humor wise. I did not really know if I was going to like it but the Giantbomb podcast pushed me into it. I am glad I have tried it, sure it is not GTA IV in terms of character development and plot, but the humor allows it to not be that game.

I have also seen Superbad for the first time (loved it), Transformers Dark of the Moon (great effects, story, not so much), Hanna (loved it and want to get the soundtrack by The Chemical Brothers, an artist I like), and Lost in Translation (great film, made me think anyway).

So yeah, I have been good in the sales, buying just the Portal 2 DLC for the tower deffence game I already had. I also got Saints Row 3 from Amazon in the sales (got it for just over 17 pounds, thank you lightening deals and good timing/luck on my part to check the site for prices whilst seeing where to get the game from).

So yeah other than that, just more of the same really. Going to have to be strong not to fall back into my old ways of buying games that are not needed and the same with films. I want to get Horrible Bosses but will wait for a price drop.

Anyway, happy new year to you all and I would love to hear your holiday stories and what you got, what you did, sales you bought things in, or just anything really.

More comments would be nice, as Gob would say "OH COME ON!"