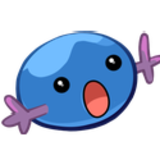 10 years later, theyre back to focusing on reviews, huh.

Video/Audio component seems neat. Like an extended bombcast segment thats more formal and informative about the game. I assume QL is still coming and they're not just gonna stop talking about it on the bombcast, but having a dedicated extended feature focused on just talking about the game seems nice and worthwhile. Could address different needs vs what i want out of a QL.

Considering the way GB has always chosen what they want to review, dedicating more time and energy focused and producing more content dedicated specifically to the games they're reviewing makes sense.

My only concern would be how much extra time this takes then, and whether that would limit them doing reviews during busier periods when more games are coming out close together. For example, if CoD and BFV had released in the same week, would they still have time to review both like this?

this is a vinny ass vinny game if ive ever seen one. like 3d factorio

This sounds like the makings of a video games wiki database nightmare. Looks awesome though.

@aseinsha: I mean thats probably the entire reason for them making a new game. this game looks maybe 5-10% sharper than doa 5, but its new so they can rerelease and resell all their dlc costumes again. At this point they've tuned their rerelease strategy so well, this game will have the same treatment as doa 5 without the excuse of new consoles.

wow. i cant believe they got up at 5am to record this podcast. what hard working guys and girls these beastcasters!

@dokaka:From the thoroughness of his review, I feel like Jeff is pretty disappointed too. Considering he was already kind of meh when Primal came out, this being more but lesser Far Cry is pretty weak for a series that has had multiple top 5 GOTY finalists.