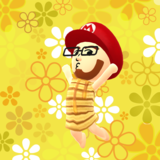 Finally getting my hands on an Xbox One tomorrow. Super excited! :)

A friend and I decided about a week or two ago that we wanted to host a forum website for a dedicated community. We searched and searched and found that the market was a tad bit saturated for mostly everything. However, after a couple of conversations between the two of us, we finally decided on a game that had a strong IP, but still enough of a niche to make us stand out a little more prominent in the long run. That game, obvious from the title, is the "rebirth" of Final Fantasy XIV.

When Final Fantasy XIV first released, I ran out and bought the Collector's Edition. It was one of those times, that I'm not so proud of, to increase my "maturity" by playing something from a franchise I never liked before. I was hooked right into the game from the start, but also noticed the fatal flaws the game had. It was then that Square Enix announced it's move to allow the game to be played for free while they fixed it up for it's 2.0 release. It's been several years from that, but it's nearly here.

The site will be a community portal of sorts. We do not plan to host our own Free-Company or Linkshell within the site, but a more personal and dedicated meeting area for those that will. We launched not but a couple of days ago, and we so far have quite a few people who are obviously showing a lot of interest in what we are doing. Yeah, we may not be the first to do this, but I think we're on to something when we have a great bunch of people who are still interacting after the first day of "new romance."

My reason for this blog post was to invite my fellow duders over to the site to give us a try. There is obviously no form of obligation to sign up or stick around, but if you have any out-lying interest in the game, or plan on playing it, we may have been able to create a great environment to form relationships with others or simply a place to visit from time to time for news, chit-chat, and other stuff. The man behind the entire thing, Vamped, has put a good amount of money into this with the purchase of a fantastic, and modern, forum system that has everything and more that people would expect. Give it a try before shoving it off as the typical fan site! We really do think we may have something here.

Here are a couple of forum posts I've picked out that show a little but more personality in our forums. A "spotlight" if you will.

So, hopefully by checking out a couple of those threads, you'll find that we have built a great foundation for gathering all sorts of people to play FFXIV. I hope to see some of you there!

I started a rather decent built here in another blog post, and came to the conclusion that some parts just didn't suit my needs. Now that I've done a little more research, I've been able to compile the following computer. It fits my budget much nicer, while still being able to do the things I want it do. If any duders see a flaw in the compatibilities, please let me know. If something is missing that I've over-looked, I would really appreciate the insight!

Now that I'm more satisfied with my build overall, my only concerns lie with incompatibility. My main concerns are: Is the PSU enough to power it all? Will everything fit in the case correctly? (and) Is the CPU fan enough?

Thanks again for all the help, duders!

I'm returning to college this semester (already started) and pursuing my Bachelor's in Mechanical Engineering. One of the class requirements in my third semester is a computer capable of running CAD and other software needed for the career. I know I don't need a super-computer or anything, but I felt this was a great time to upgrade my current computer for gaming as well (and use them in tandem). I've never built a computer before, so I've been running around Newegg with "best rating" applied without much knowledge of each part. This is where this wonderful community comes in! If you could check out this PC build and tell me if there is are any pieces that don't fit, aren't the best bang for my buck, or you know of something better, I would really appreciate it.

I'm working with a $1,500 (before taxes and shipping) budget and cannot really go much higher. If possible, any help or advice needs to stay in that range unless there is something really fantastical and worth an extra pay-check or two to save up for.

*Note: I do not plan to play with SLI or O/C unless I feel comfortable with it. Most of my parts will focus on a casual approach to a computer that is mainly just for gaming and hopefully as much future-proofing as possible. Also, I'm not really interested in any pre-built computers! Thanks :).

Thanks in advance, everyone!

* I have a seperate HDD I already own, the SDD is simply for the OS and a couple of programs I'll be running for school.

** Is there a point to getting a sound-card? I didn't include one as I've never actually used one before

*** Is wire-less included in this build or do I need to find a seperate wire-less card?

Please feel free to critique and throw your advice at me! This is my first computer build and I'm excited, but I don't want to run into any holds if it's possible not to!

While this may seem silly to some; I have been reviewing some of my previous thoughts and postings and wanted to create this "blog" post. It's generally hard to get your point across on the internet, especially when you have the opposite opinion from the masses. I tend to play the Devil's Advocate without even realizing it, and it's a flaw that I have begun to work on and hopefully will fix in the near future.

The main reason for creating this post is I want to eliminate any vitriol another user may have against me. I know it may sound a little self-boasting to believe anyone thinks enough for me to earn their opinion (regardless of it's direction), but for those possibly do, I apologize. I've begun to realize that I need to stop posting while tired or even angry, because generally that is when my posts lose their cohesion and begin to derail the entire point of discussion. There have been times where I literally will defend or battle an idea or opinion due to my mood and it really just isn't something I can be proud of.

While I still don't believe I'm a horrible human-being, I do understand that everyone has their flaws and one of the steps to fixing them is their admittance. I would hope that those I've offended (heck, I've had posts deleted apparently) can understand that there is just another human-being on the other side of this monitor and we all make mistakes. There is a reason my wife recommended my username have the word "kind" in it, and it's because I like to present myself as a well-round and broad thinking gentleman.

With that, I want to close with my confidence in this community, which is the sole reason I've stuck around for so long!