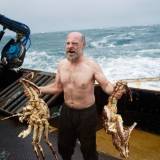 @omergd1: My hero!! Thank you so much, Adam Boyes is in there too I see, the next hour will be great!

I've been away from the site and the videos for a good long while, getting my fix from the podcasts for a few years.

But for some reason I started getting a little nostalgic lately, so I'm going through some of the old videos - started with the 'Building a Bomb' videos, can't believe it been so long.

One video I've not been able to find though, is the one where they got Dave Snider drunk, and made him play some driving game, using a racing wheel - I remember it being hillarious!

It could be one of the Big Live Shows, but I'm not sure though... Any of you duders able to help narrow in the search?

Still on the trial through Origin Access, but think I'll jump onboard - feels like this could scratch that Bad Company 2 itch....

Just wrote you mate, if you got more of those invites laying around, I'd love one too :)

I can invite some people tonight, time to pay it forward thanks to @nashvilleskyline.

I have the dashboard app and can invite from that, I'm still waiting on the console update.

Just add me, GT: Faramir82 and send a message. I'll friend back and send the invite.

Wow, I'd love to get an invite for the PP!

If anyone got a spare one, find me as WithoutAclue

Games: Just jumped on the Xbox One, after a few years away from console gaming, so still a limited library. But would like to give Destiny a go, and maybe the yearly sports games of Football and Handegg.

I knew I wanted a console, but opted to wait till E3 before I picked which one to go for first. I had my eyes one the PS4, but after E3 I picked up a Xbox One, bundled with Halo Masterchief Collection.

The Halo bundle, because I've never played a Halo game, now is the time! The console...well not sure about any specific thing. A mix of the following: Directx12 at some point, the interlock with Win10, backward compatility later this year, the price for the bundle!! (344$/308€) - and EA Access, which atm is a great value.

So far so good really, it's a solid machine, i like the controller, and it's almost whisper quite. The UI is okay (the new one coming "soon" looks much better though. Worst thing so far, is that there seems to be a automatic "reload" of the UI, at times - which means that butten presses/moves are not registered. This is only an issue I see while in the dashboard, and might not be there with the new UI - so might not be that big of a deal tbh.

Next step: Find someone to play with :)

I'll most likely wait for the rumored slim version of the PS4, there are some titles on that platform I want...

Looks awesome, but the Dropbox link gives a:

Not often i order, so when it happens I don't mind tipping the guys well.

So like on a 22.5€ order we made the other day, I gave the guy 30€, told him to keep the change. 40-45 mins later, it rang on the door - the guy was back in the neighborhood, he gave us two cans of coke and homemade Tiramisu from the Italian restaurant we ordered from, and he refused to get paid for that. Nice dessert!

What comes around, goes around in my world :)

I know that TEDx is more "edgy" than the regular TED talks. But...they really need to sort away some of the stuff they do - too much stuff would be better suited for some random YouTube channel than this. It waters out the quality that everything TED, should stand for.

Well, knowing that it's 4chan in the chat makes it a little less terrible, but regardless, it's still pretty dumb.

I will say, however, that this whole conference DOES wreak of pretentiousness.