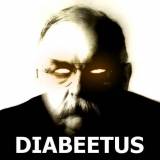 The final generation of gaming for me

Yup, it's about done. I'm in my early 30's and have been gaming since the NES. This generation has been great. The PS3 and 360 have plenty of life left. I don't own a 360 but plan on getting one in the future. I do have the PS3 with 13 titles. I figure by the time I play every game I want to on the PS3, I will be in my mid-30's. Then, I will end up getting a 360 and by the time I'm done with that, I'm pushing 40. That's it. That's where I draw the line. I already have  kids and plan on handing down the systems to them anyway, if they make it that long.

See, gaming is on the verge of breaking through the current medium into 3D. I don't like this. It's not that I don't want it to happen, I just don't want any part of it because my eyes will end up wanting to cut my fingers off. 3D isn't for everyone and I'm guessing that "everyone" is anyone who grew up with a NES. It's for the newer generations if you ask me. But 3D isn't the main reason behind my decision, age is.

The good news is, there is plenty more time to enjoy what I already have. This has been a great generation.

Blogs Created:
1 blog
Most Commented blog:
The final generation of gaming for me
Total Comments on blogs:
23 comments