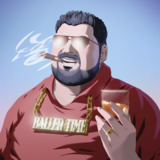 The Dual Analog controller, which eventually became the DualShock, launched in 1997 for the original PlayStation. Sony wanted to add analog sticks to their controller, and in an era where the D-Pad was the main input method, the only logical place to add two analog sticks was in-line with one another on the bottom of the controller. This made sense and it worked fine at the time.

The DualShock 2 was released with the PlayStation 2, and gaming had moved toward analog sticks as being the main input method for movement in most games. The rise of console first-person shooters, sports games, and 3D action-adventure games played a major role in this change. And by the time the PlayStation 3 launched in 2006, D-Pad’s were designated for inventory management and weapon swapping. The SixAxis, and eventually the DualShock 3, still did not change the analog stick layout.

Sony has made the mistake again with the newly announced DualShock 4 controller. Logically, when you hold a controller, your hand should have natural and comfortable access to the left analog stick, the face buttons, and the trigger(s) because that’s simply how you play the vast majority of todays games.

The reason the analog sticks were placed where they were was because it was an added on feature to a D-Pad era controller. Sony has mistakingly attributed part of the success of their DualShock controllers to the placement of the analog sticks; but all along it has always been one of the worst things about them.

Well, Sony has finally made two long-awaited changes with the DualShock 4. The trigger buttons introduced in the Sixaxis/DualShock 3 are now concave, and the analog sticks are no longer rounded. Both of these changes will prevent your fingers from slipping off like they did on the DualShock 3; which was simply not optimal for modern first person shooters.

The DualShock 4 is feature packed; with a touch panel, Sixaxis, vibration, a dedicated share button, and a light bar to interact with the new PlayStation 4 Eye. All of that’s great, but it doesn’t solve the issue that gamers seem to unanimously agree needed fixing.