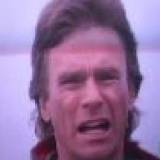 Once again, I'm writing a review in my blog instead of on the game because it's too short to be useful to anyone and will get rejected, but it's still my genuine opinion about the game.  Sometimes it feels like I'm trying to make excuses as to why I like or don't like a game, but I'm just lying to myself because it's masking my real opinions, so that's why I don't even bother with "real reviews".  lol i went 2 sentences without saying anything sarcastic

Marvel: Ultimate Alliance
This game blows.  Whenever my neighbour's grandkids come over that's all they play.  It's a glitchy bad camera piece of crap. On the otherhand, it gives me an excuse to say "ICE BEAM!" a lot.  1/5

Bonus review:
Forza whatever that comes in the same box as Marvel when you buy the xbox that comes with these games:
I played it like once, I played so much Gran Turismo 1/2/3 and Need for Speed High Stakes that I just don't care unless it has something unique to offer (it didn't).  0/5

Blogs Created:
13 blogs
Most Commented blog:
Some reviews (lol instead of writing real ones)
Total Comments on blogs:
23 comments