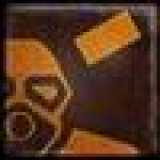 Sympathy for the Devil: Why We Owe the ESRB an Apology

*Disclaimer* I am not a professional game developer, nor am I an amateur game developer.  I'm simply a fan of video games who is offering my own perspective on this issue.  I fully expect that many people will disagree with me, or find factual errors in my argument.  If you have an objection, please bring it to my attention in the comments, and I will be more then happy to consider your arguments in opposition to mine.  I'd also like to apologize for my use of the word 'gamer.'

After yesterday's supreme Court ruling on the California video games law, I've been thinking a lot about the way we as gamers treat the ESRB.  In particular, I keep coming back to that one mega64 commercial for prince of Persia, where they dub over the ESRB rating at the beginning with Rocco sounding like he had rated the game based on something random that some friend of his mentioned.  It paints the ESRB like they're a bunch of lazy old-timer assholes, who cant keep up with our modern day culture.  But in reality, its pretty hard for me to think of an M rated game from the past few years that didn't deserve its M rating.  In fact, it seems like there are a lot of 'Teen' rated games that should probably be bumped up to M.  Now, keep in mind, I'm just talking about the ESRB here.  I'm not claiming that all video game review organizations are good.  After all, the Australian ratings board seems like it's basing its ratings on the cultural standards of Victorian England.  But if someone can come up with some games from the past decade that genuinely didn't deserve the M rating they got, I'd love to hear them.
Another thing that we like to make fun of the ESRB for are the seemingly bizarre descriptions that they provide of objectionable content in video games.  Most people reading this have probably read Killjoi's  list "ESRB description Histrionics,' and if you haven't I highly encourage you to, as it is an excellent read.  The thing about Mr. Killjoi's list (and please note that I am not trying to claim that this is what Killjoi wanted to convey with the list) is that even though, yes the content descriptions do seem bizarre and humorous sometimes, they are simply the result of the unbelievably difficult task of finding a civil way to describe the insanely perverse and violent things that can often happen in video games (and for the record, I totally agree with whoever it was at the ESRB who wrote the description for Dead or Alive).   The fact of the matter is, the ESRB is doing an amazing job of keeping lawmakers from stepping in and trying to regulate this industry.  I think a lot of the time, we like to lump the ESRB in together with the MPAA.  But I don't really think that this is a valid comparison.  The MPAA operates under incomprehensible and byzantine rules, amid a veil of secrecy (anyone interested in learning about some of the madness of the MPAA should check out the (admittedly pretty biased) movie 'This Film is Not Yet Rated' on netflix streaming).  In fact, I'm willing to bet that the MPAA would be perfectly happy to rate something as compelling and important for our industry as L.A. Noire as AO, based on some of the more disturbing cases in it.  I guess... what I'm trying to say here is that there's a difference between regulation and outright censorship.  Video game fandom likes to forget about this difference, and I don't really blame them, as its a hard difference to wrap your head around.  But there is a difference;  the ESRB is a regulatory agency.  It provides suggestions to consumers based on providing ratings to games.  By doing this, It protects the industry from the much more invasive hand of censorship that would be brought on by the likes of Leland Ye, as we saw in the Supreme Court's decision.   For this reason, we owe the ESRB an apology.  While we've been making videos and blogs at their expense, they have been quietly serving as a shield to protect the medium we love from the Ye's and Thompson's of the world.  We hate them for what we call censorship, but all they really do is regulate.  Especially in light of the Majority opinion's special mention of the ESRB as a reason that further intervention in the video game industry was unnecessary, we owe them our thanks, and at the very least, an apology.

Now, I get it.  Everyone has been screaming this whole time at me about AO rated games.  But the same issue applies to pornography, yet it still has a thriving niche in the economy.  I know I sound like I'm saying that people making AO games just need to try harder, but really, they should just look at the way any other regulated substance is economical viable.

Feel free to direct all of your venom, hatred and insinuations about my sexuality towards me in the form of a comment below.