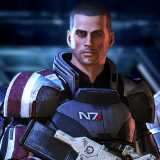 The Indiana Pacers were the first team eliminated from the NBA playoffs after another close loss to the Cleveland Cavaliers. The loss starts a key offseason for the team. With Paul George’s future in doubt and serious questions about the roster, the team needs faces some major questions going forward. With that in mind it’s time to look at some of three key roster questions starting with the elephant in the room.

1. Where will Paul George be playing next year?

It’s clear this hasn’t been George’s happiest season. He said so himself earlier in the year and most recently was calling out teammates after the team’s playoff losses. It was even reported that he said the players flat out disliked one another.

Mood in the locker room is tense. PG says players need to get along on the court even if they don't like each other personally.

On top of that, former teammates have now said George openly spoke about his desire to play for the Lakers. This all leaves Indiana in a rough spot. George can (and will) opt-out of his contract after next season to enter unrestricted free agency. Losing a star for nothing hurts, and unlike Oklahoma City, the Pacers don’t have another top 20 player on the roster to help alleviate some of the pain. At the same time, the team’s roster was built to win now and isn’t ready to rebuild if they trade him.

The picture will become a lot clearer after the All-NBA teams are announced. If he makes an All-NBA team he is eligible for the Designated Player Extension as part of the new CBA. The extension can only be offered by Indiana and would be longer and more lucrative than anyone else could offer. If he is eligible for the extension, the Pacers could offer him over $70 million more than another team. Unfortunately for George and the Pacers, the competition for the six forward spots is fierce. In the end, his team’s relative lack of success could leave him the odd man out

If he doesn’t make the All-NBA team the Pacers would have to at least consider trading him. The only problem is that his desire to play for the Lakers means the Pacers are negotiating from a position of weakness. Why would a team like Boston open the vault to trade for a guy that may only be a rental? The Lakers also have little incentive to surrender assets when they can feel confident in their ability to sign him outright in free agency.

Ultimately, it seems likely that barring a commitment to re-sign with a team like the Celtics, George will remain in Indiana, at least until the trade deadline next season.

2. What happens with Monta Ellis?

This season’s starting lineup was built like a fantasy basketball team, filled with a lot of guys who are used to having the ball in their hands or being the first or second options on their team. The starting lineup of Monta Ellis, Jeff Teague, George, Thaddeus Young and Myles Turner sported a net rating of -.2. Swapping out Ellis for C.J. Miles or Glenn Robinson III brings that up to a 7.7 and 7.8 respectively, which would have been second in the NBA over the course of a full season.

The problems are obvious on both sides of the ball. Offensively, Larry Bird has been pushing to rebuild the Pacers as a pace-and-space team. The problem is with the space part. Of the starting lineup, only George and Young were above average from behind the three-point line. Young also can’t be expected to replicate his performance. This is the first season in his 9-year career he has shot above average from deep. Offensively, Ellis and Teague weren’t good enough shooters to be effective without the ball. This meant opponents help clog the paint against their drives.

On defense, Ellis continues to be well below average. Two years ago, the Pacers handled this by having George Hill routinely guard larger players. Hill had the size and length to cover bigger wing players, leaving Ellis able to hide. Teague doesn’t have the size to guard up a position. As LeBron showed every time the Pacers switched a LeBron-Irving pick-and-roll, Teague can be punished by bigger players inside.

The simplest answer would be to move Ellis to the bench and start Miles or Robinson III. However, that creates another problem as Ellis and Lance Stephenson would have the same issue with bench units on offense.

The best option for the Pacers would be to trade Ellis, and his $11 million contract. Finding a trade partner isn’t going to be easy however. Ellis averaged under 10 points and five assists a game this year, his lowest since his rookie year. There isn’t a market for undersized shooting guards who can’t defend at a high level or knock down three-point shots. To get the deal done, the Pacers will likely have to sweeten the pot with a draft pick or two. Unless Bird can convince the Kings that Ellis is valuable it’s highly unlikely anybody parts with real assets to get him.

Miles is likely in line for a raise. He shot a career high 41.3 percent from deep this season on 5.4 attempts per game. He also showed a willingness and ability over the last two years to move up and defend power forwards. Those guys get paid. It wouldn’t be a surprise to see Miles get a contract in the neighborhood of $6-8 million annually.

The biggest concern with Miles is that his career shooting average is 36.1 percent, which isn’t much better than league average. The previous two years, on a similar number of attempts, he shot 36.7 and 34.5 percent. Miles provides little on offense outside of shooting. If he isn’t hitting at an elite rate from deep, committing $20-24 million over the next three or four years isn’t a great proposition.

The Pacers could choose to let him walk and give Glenn Robinson III a bigger role. Robinson III is about the same size as Miles and has the athleticism to provide the same defensive versatility. He also shot a great 39.2 percent from deep this season, albeit on only 1.8 attempts per game. He is also still on a rookie deal, making him a cost-effective option.

Giving Robinson III a larger role isn’t without risks. His shooting may not hold up under an increased workload or when teams begin to focus more on defending him. Even if Indiana lets Miles leave they may still look for some help. The forward spot has a lot of options available in the Pacers price range but, like Miles, they all have some concerns. Guys like Patrick Patterson, Ersan Ilyasova, Jonas Jerebko and James Johnson are all going to hit the market. Depending on the type of deal Miles wants, if may be in the Pacers best interests to move on.