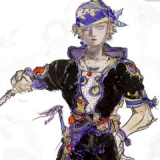 Now that October is upon us, I can yet again brace myself for the annual beating that my bank account will take. If history has shown me anything, I will amass a ton of games, and maybe finish two of them. As such, with Gears of War 3 out of the way, I can get into the full swing of things and throw my life away!

The big games this week are id Software's long awaited Rage, and From Software's abusive stepfather-cum-action/rpg Dark Souls. As intrigued as I am by the Souls games, I also know that my gaming temper is far to fragile to deal with the extremely tough but fair game play that it offers. So, mayhaps I will take that left-hand path to hell in the future, but for now I'm going to shoot dudes in the face.

I'm still early in the game, but it is stunning. And a lot of fun. They use the same Fallout 3 trick of leaving your confines only to be blinded by the sun before the huge expansive world is revealed to you. I don't know how they managed to drag out that kind of visual fidelity out of the 6 year-old Xbox 360 hardware, but it is nothing short of amazing. It is one of the most crisp and sharp looking games I have ever seen, and maintains a great frame rate. Those id guys are pretty talented.

There is a lack of check pointing in the game, which is mind boggling in this day and age, but since I knew that going in, I made sure to save often (which the game even tells you to do). It only took me losing about 5 minutes of progress to ensure that I won't forget about it again. And it's little things like that that give away just how long it has been since they last released a full retail product. Things have changed, and these guys still have a bit of catching up to do.

The shooting feels great, but considering the pedigree, that is expected. The weapons are your standard id fare, but as usual, they throw a unique items into the fray. All of them feel good to use, and the animators really outdid themselves with the way that enemies react to being hit

From what I'm getting in reviews, the single player experience being run of the mill isn't at all surprising. As great of a legacy as id has, the fact is that they haven't really proven themselves as capable of making a modern style campaign. Their old were built on very repetitive mission objectives where the main sense of progression was more key cards and harder enemies, not plot advancement. It's been the better part of a decade since their last game, and clearly they are still masters of engine tech, but hopefully they can create a campaign that is as memorable as nice on the eyes for their next project.