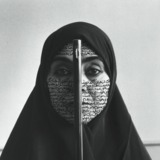 Gotta admit, I was skeptical of the format, but it totally works. Very informative and entertaining to boot. I can't wait for next week (even if it doesn't bring hot scoops).

I’d hate to get sappy but I need to get this off my chest. I’ll be brief. There were times I don’t think I would’ve gotten through if not for this site. The period after Ryan’s passing coincided with a rough time for me. Your work, which continued to be insightful, heartfelt, and entertaining (sometimes so funny I feared I’d choke on my food), helped immeasurably. The yearly charity streams always left me with warm fuzzies.

I feel fortunate you decided to keep going after 2013. Thanks everyone for all the hard work. Best of wishes to Alex, Brad, and Vinny. And I’m genuinely looking forward to see what’s next for Giant Bomb.

Is this game rogue-like or rogue-lite?

Great review, Brad. I wish this game had the wider appeal of the previous one. Eternal is definitely an ambitious game, but a messy one as a result; though I'll always take that over an iterative sequel. I keep coming back to the game, and I'm pretty sure at this point that I prefer it to even Doom 2016.

It's cool when the crew is championing a game you're enjoying, but it's arguably more valuable when someone has an opinion different from yours or that of the mainstream. The staff's diversity (at least in taste) is one of the main reasons why I listen to the podcasts every week. Also, well-put, @ripelivejam.

That said, I simply cannot agree with Ben about how Eternal requires an ungodly level of precision. The game has a super generous aim assist on consoles by default, and the hitboxes for weak points must be twice as big as they appear. For instance, I often notice sticky bombs just magnetizing to enemies. Granted Ben could be early in the game, but out of like 20-plus enemies, only three have relatively small weak points, and one of which doesn't appear until the level before last.

Finally, I haven't tested this, but when you open the weapon wheel, the enemies must pull back a bit, because not only am I struggling to recall being hit while the wheel is toggled but also because it sometimes takes me more than a couple of seconds to choose a weapon.

I've found it easier to avoid damage in Eternal than it was in Doom 2016. The game's also much better at telegraphing enemy attacks and communicating exactly who hit you – that is, despite the chaos. And even still, it's easier and quicker this time around to recover health and armor, at least past the early game.

This video all but alleviated the concerns I had after the delay. It looks like Doom, except better, and there's more of it.

I think the game should punish you for expending Spirit Emblems on repeated runs. In fact, I thought Ben's spamming of the prosthetic tools early in the video makes a good case for having a limited inventory of Emblems. I think it's better if you can't exploit the tools to ease your way past certain fight, on every run. That said, I don't know if it's the most elegant solution for that problem.

@humanity: I think there are quite a few interesting directions a story about conflict in this region can take, none of which straddle the fence of trying to be ripped from the headlines and "apolitical" (or rather nonpartisan), or lend themselves effortlessly to bombastic action, or generate the kind of controversy that can be converted into sales.

Anyway, if Infinity Ward was intent on telling a ripped from the headlines story dealing with terrorism and civil unrest in the Middle East, the least they could've done is to tell it from the point of view of the people native to the region. Those who (in the real world) have historically bore the brunt of the violence, reckoned with its aftermath (and the aftermath of military intervention), and did most of the resisting.

However, glancing at Gamespot's review-in-progress, it seems like Farah (for all the devs' talk about the significance of the character to the story) gets the short shrift and doesn't play as prominent a role in the game as I thought. Unfortunately, there's a long history of portrayals of the region that routinely, even actively disregarded and undermined the perspective of its people. For example, in these narratives it's always assumed that the people acquiesce to foreign intervention, maybe beseech it (or maybe it doesn't matter what they think).

On the production side, the game's technically impressive. It looks and sounds amazing, except for the non-English bits I've seen. Well, I can only speak for the Arabic-speaking characters (the other language(s) seem to be Indo-Iranian), but the pronunciation of most words is off, to the point that the enemy faction's name is sometimes pronounced in such a way that it nearly means the opposite of what it actually means. Maybe investing in a dialect coach or, I don't know, hiring native speakers would've been preferable, especially after the narrative team made a big deal about having believable and sympathetic characters. I may be nitpicking here since this has been the norm, but in this particular case, it stands in contrast to the care lavished at how environments look and guns feel, and it's only indicative of where the studio's priorities lie.

Since its announcement, this game has kind of rubbed me up the wrong way. The more I see and read about it to prove that I'm hastily judging a game I haven't played nor intend to, the less my concerns are alleviated.

The developers' unfamiliarity with the real-world politics of the Middle East stopped them short of setting the game against the backdrop of an actual Middle Eastern country, but not a fictional one apparently.

What makes this worse is that this fictional country looks exactly like the fictional country of the original Modern Warfare (which came out 12 years ago) and just as Iraq looked in Battlefield 3 or wherever Bad Company was set. They're all arid war-torn rubbles, and interchangeable.

My frustration is that this game resumes the trend of unflattering (that's if I'm being charitable) cultural portraits of the Middle East in video games. In all honesty though, quite a few things, from the setting to the story premise come across as thinly-veiled Orientalist bullshit. It's almost as if you can't tell a story about the region without eventually alluding to terrorism, "Islamic" fundamentalism, or civil unrest; or without Western interventionism.

I basically share Brad's concerns about the game. I think I'd be okay with a simply more refined gameplay experience, as long as the game takes creative risks elsewhere. Otherwise, it would be kind of disappointing for a studio that, on the face of it, has access to more resources than most other developers, and enough leeway to pursue different kinds of games, to put out an iterative sequel. Although, to be fair, a revenge tale that "only" a video game can tell sounds like an impressive feat. Anyway, I'm happy that it's coming out sooner than I expected.