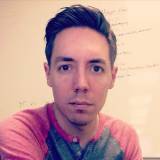 Watch live video from The Internet's Jared Rea on Justin.tv
Hey all! I'm hiding out in San Francisco for the New Years, surfing on the couch of Joystiq's @DaveHinkle and we're going to be streaming games all week long. Expect a lot of Super Meat Boy, Super Street Fighter IV and apparently some Battlefield and Deadliest Warrior of all things. Can I teach Dave how to not Flash Kick every 2 seconds? Can I defeat Super Meat Boy's dark worlds? Tune in to find out!
13 Comments


On April 27 we say goodbye to a dear friend. Yes, the release of Super Street Fighter IV is most definitely something to celebrate, but we can't ever forget just how much the original Street Fighter IV boosted the fighting game community. From its debut in the arcades to the incredibly successful console release, Street Fighter IV blew the doors off what was once a considerably tough community to crack and I for one am glad for that.

For as much as I'm praising SF4, it's by no means a perfect game. In fact, at times its a downright silly display of dumb luck and head-scratching nonsense. Super Street Fighter IV fixes a lot of these instances but no doubt, in time we'll discover new quirks in which to ragequit over. But for now, let's take a look back and pay respect to the game that brought us all together. Also, don't forget to stay tuned after the credits!

Good night, sweet prince; And flights of angels sing thee to thy rest.

While I'd like to be playing Bayonetta more than anything else at the moment, I'm still positively buried in games from 2009 that I've either still to get to, or would like to at least mine for achievements. I'm currently working on a very possible S-Rank of Dragon Age: Origins, having just completed the game last night and I still have a ways to go when it comes to seeing everything Forza Motorsport 3 offers.

Even ignoring the big hits there's still plenty of 2009 games to play. I never did get around to clearing Mushihime-sama Futari in one credit, nor did I scratch the surface of Raiden IV or the Raiden Fighters Aces achievements. Digging even deeper, I feel strangely compelled to go back and clean up WET for achievements, though that has something to do with my friends at Joystiq placing it on a few of their top ten lists for the year. It was definitely my guilty pleasure of 2009, along with 50 Cent: Blood on the Sand ... which come to think of it, I still need to finish!

All this will change once Mass Effect 2 comes out because no matter what, I'm guaranteed to drop everything upon its release. For now, however, I'm not quite living in the future.

And if you don't know, now you know.

Wow, it's really cold. Who decided that it's suddenly Winter time in the Bay Area? I should close those windows. I better be able to transfer the songs from Harmonix's Beatles game to Rock Band. Why are you barking, dog? What was that noise? Why aren't I drunk yet? What is this big, obnoxious box doing here? What the heck is Whiskey Media? Sausalito? Who do I even know there?

Luchadeer, you came home! It's huge, but I'll manage. Thanks!
31 Comments

The Matrix Online
The beauty of Giant Bomb is that no matter what the subject, there is bound to be someone who knows far too much for their own good and as the Spice Girls taught us, too much of something is never enough. For example, I may not know much about the world of Warhammer, but after reading the stupidly in-depth page on space marines, I've at least walked away with a kick ass metal name (Bloodthirster!) should I ever be in need of one.

Even if Amy Hennig can't remember half the things she wrote about the Legacy of Kain series (No, really), that doesn't mean the Bomb can't teach you all there is to know about Kain and Raziel.

The point is, we're already starting to see folks carving out their own personal niche, which is exactly what Giant Bomb needs right now. I didn't think we'd start seeing this brand of awesome until the article history kicked in (PS: please keep saving your work in text files), but the kids have been coming together under the common banner of the nerd and I'm loving it.

Feeling inspired, I went all out on a subject that, I felt, I was the only one who could possible care enough to pull off: The Matrix Online. It turns out, I wasn't alone in caring too much about this failed, D-list MMO that persists to this day like some sort of cruel disease or at the very least, Joey Fatone. After finishing up the page for the night, QforQ came out of nowhere, filling me in on his time as part of the Live Events Team for the game itself. How lucky is that? And now, Giant Bomb has the most awesome article on The Matrix Online, anywhere, evers. Total value: $2 bucks and a bag of half-eaten Big League Chew.

This was also a chance to try out a different style of articles, as in the case of The Matrix Online, the history of its development and community far outweigh the interest of the game itself. Giant Bomb isn't Wikipedia. We're not, at the moment, constrained to a rigid set of rules and style guides. Not every article has to run the checklist of "gameplay," "synopsis" and what have you. If you think a game is suited for a better life, make it happen. Also, don't forget: every page has its own forum. Do try and use them to set up a collaboration or to detail out your idea!

It's back to work and your wiki submissions for me, but I have a few other games that I'd like to knock out for the greater good on my mind. Prop Cycle, anyone?

Greetings! I've put the call out to the fine folks that make up Capcom Unity to hop on the Giant Bomb and spruce up the dozens upon dozens of Capcom articles filling up this site. I'll be doing my part, will you?