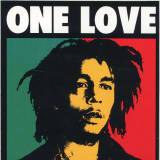 ...but it feels good to be back bloggin' and shit. I've been pretty busy with a lot of stuff; graduating high school, transition into college, job, everything. But that hasn't stopped me from playing some kick-ass games.

But first I want to talk about where I'll be in the fall. I'm going to the University of Illinois (Urbana-Champaign) for News-Editorial Journalism. I can't help but think back to Gamespot, listening to the Hotspot, watching On the Spot, to the Bombcast and MK Skrub League, Jeff and the crew's brand of journalism has certainly inspired me to write. Someday, I could be at Giantbomb or CNN. It's gonna be a ride.
Giantbomb has never been better. The MK Skrub League was amazing, needs to happen again. The Quick Looks, reviews, Bombcasts, I continue to enjoy this website more and more. Keep it up!
I could write more, but it's a nice day out. Time for me to toss the frisbee for a bit.
Until next time.
1 Comments

When Call of Duty: Black Ops was first announced, I was ready to throw my MW2 game out the window (Sometimes, I still want to). I wanted nothing to do with COD. I have experienced the MW2 that no one likes. Hackers, cheaters, and just plain cheapness. But, enough of the negativity. The brand new BO (heh BO) multiplayer trailer is really interesting. Have a looksie if you haven't yet.

Ahhhhh. So refreshing. It seems like it is shaping up to be a nice change of pace for the COD franchise. The currency system, unique wager matches, character customization (emblem creator seems neat), theater mode. I'm sure I've missed some, but all of these just reassure the fact that Treyarch is making some big changes. Wishful thinking: No Noobtube.

Hopefully, on November, we can enjoy a COD game worthy of the name.
30 Comments

Step aside Lil Wayne, Kid Cudi is up

With Lil Wayne in jail and his mixtapes not up to par lately, a new artist is bound to take the stage. Case in point, Kid Cudi.

This is currently my favorite of his songs/remix (Dan Black's original song is also really good), but there are many more. Check him out.

I'm going to be more frequently on here, got a lot of games that I'm picking up for Xmas that I gotta catch up on. The main ones I'll be talking about in the coming days are...

I also got a nice new flat screen for my room, I'll get a pic up of my new set up.

Feels good to be back!
6 Comments

...is a hilarious movie.  I cried laughing last night.

That's about it.
9 Comments


Like it?
I am currently waiting for Battlefield: 1943, I can't wait for it.  I'll have a review/impressions when I get ahold of it.
About the rant  on my last blog, it was very misleading and i apologize for that.  It was, overall, a shitty blog. I'll avoid those for awhile.
7 Comments

Don't let the title mislead you, it was an amazing E3, with a few hiccups that i thought...sucked.

These are the only things that really made me mad at E3.  Otherwise, I really like all the games that I've seen.  Uncharted 2 and Splinter Cell have fucking blown my mind.  I was personally about to never go back to splinter Cell ever again, but Conviction really makes me want to check it out. The Uncharted 2 demo was amazing, simply amazing.
25 Comments

But I am back for a quick update.

I've been super busy with baseball, AP testing, and finals altogether, so I have not been able to get this blog going very well. Thus leading into my next discussion...

I'm also getting an iphone soon.

Some new things have arrived into my game library and my wallet seems a little lighter.... One of them being F.E.A.R. 2 and the new GTA IV DLC The Lost and the Damned.

I'll go ahead and start off with my first impressions with FEAR 2.  I'm really not that impressed with it so far.  The campaign doesn't seem to scare me all that much, which is odd becau se I'm kind of a scaredy cat.  Also, compared to the first FEAR, the combat seems...different.  In the first FEAR, there was this awesome feeling when you ran up to an enemy in slo-mo and shot him in the face with a shotgun and watched him fly around like a ragdoll.  In FEAR 2, the combat seems a little more like Call Of Duty instead of having that unique FEAR flavor.  When I say COD, I mea n something like less inside office buildings and tactical.  All in all, It just doesn't appeal to me that much.


Next up, GTA IV DLC.  That's alot of caps, ha.  But this is what I'm really pshyched for.  I pre-ordered mine on Amazon.com (free 3 months of live if you preorder =])  and Feb 17 sim ply can not come any faster.  New multiplayer modes, new guns, new cars, new bikes, new awesome story, new music.  I mean, why should'nt I buy this DLC? Anyone else excited for this?

School is school.  Who wants to hear about that anyways?

But yeah, I'll be back with GTA IV DLC impressions when I get some good play time.  And sorry for the toatally confusing FEAR 2 impressions, all I can say is that it just doesn't appeal haha.

Peace out all,
Muss