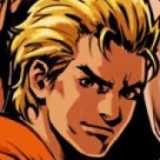 Face Kart: Photo Finish seems to be an early pre-release name. Maybe add that as an alias?

I'm conflicted on whether the full name is the "Jaguar CD" or "Atari Jaguar CD", especially since we list the Atari Jaguar as "Jaguar". I'm fine with it either way.

If it makes things easier, I can go through all the games released for it and sort out all details/releases once the page is made.

Here's an example of official use.

Human decency has a lot to learn from him.

Thank you for everything and RIP.

(It's never actually referred to as Microsoft Taptiles, it was probably done as that because it was released for the Windows 8 beta at the same time as Microsoft Minesweeper, Microsoft Mahjong, and Microsoft Solitaire Collection. Oh, speaking of which...)

(Source: this and this)

@nes: Whitespace and newline problem should be fixed now.

Thanks! That glitch is fixed on my end.

The first time it happened, it was from a cached version of the old site (some changes I've made got reverted most likely due to migration).

The second time it happened, it was editor content from another page (had to open another window to attempt to edit a page, since when I tried to submit something, it failed and greyed out the submit button).

Just confirmed that copying-and-pasting from and to the same editor also causes this issue.

Also, something bizarre is now happening: the space character before and after all links in a paste have been replaced with newline characters. Example (straight-up copy and paste, this bug also applies to the forum post editor as well):

It is a remake of the

(itself a loose remake of the

@ltsquigs: Nevermind about the third one. When I added Halo 4 back into the Halo page, it would show up at the bottom of the game list for that franchise instead of the top (since its the latest game in the franchise). It seems to be working now.

EDIT: Originally posting this caused the four sentences below "Firefox 18.0.2" to merge into one paragraph (with no space between the period and the character of the next sentence).

So far I've encountered a variety of bugs (both annoying and kinda breaking) with editing the wiki:

- Copying and pasting content into the editor sometimes mistakenly removes whitespace between characters. For example: "this thread" becomes "thisthread".

- Adding new games to a franchise breaks the sorting of the game list.

- There are no more indicators that links in the wiki page are external links. I don't know if this is intentional or not. I'm not comfortable with the idea that someone could add a malicious link in a sea of safe internal links.

I apologize if a list of bugs is not the proper format for this forum. If it helps, I can update this thread if I find more bugs.