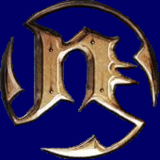 I don’t play a lot of games when they’re new. I don’t tend to finish a lot of the games I do play, so this is also pretty much just a list of the stuff I finished this last year that aren’t Half-life 2 and Portal.

Honorable mention: Black Mesa - I ALMOST finished it then the full release came and wiped my save. I remember so much of Half-Life when I play this, but not enough to tell if the unfamiliar parts are changes to the original or just something I forgot. It easily slots into my memory of the original and honors and enhances that experience. Even redoing the last section of the game is fine, the end of the original was very strange and trying to do more with it I think serves the game better in the end. Half-Life is my second favorite game of all time, so to say this met my expectations is high praise from me.

10. Yakuza Kiwami - The highlight of the game for me is just following Kiryu’s path through the world and seeing how he interacts with the people around him. It can be delightful, weird, touching, and sometimes all of them. The rise and fall of Nishikiyama was a compelling story but unfortunately the ending felt overshadowed by some of the frustrating fights leading up to it, like the fight with Jingu and the low rent Solid Snakes.

9. Deliver Us the Moon - What I’ve come to learn is one of my newly favorite genres that I’m calling the “Uncover The Mystery Of What Happened In This Now-Abandoned Setting” (WIP), exploring the empty moon base and listening to audio logs broken up by puzzles that were fairly simple, but not tedious kept the game fresh and my attention for whole experience. It didn’t overstay its welcome, it didn’t recycle activities and ended before it had a chance to become tiresome.

8. A Short Hike - Such a sweet and positive game and everyone is so nice. It’s like a hug in a game. Beachstickball? New sport of the decade.

6. Titanfall 2 - I liked the cool robot guy that was my friend, I liked the timey-wimey level. I like piloting mechs. I like FPS campaigns when they take you new and cool places. The weird bad guys were kinda fun. It’s a tight, fun package that always gave me something new to do if I wanted to right up until the end.

5. Ori and the Will of the Wisps - Between immersive sims and the wtf happened here games, Ori fits into a 3rd favorite group of mine. While I didn’t think the combat was very good, it is still much better than the previous. This game is just so pretty and the soundtrack is so incredible, combined with feeling like such a badass when I brought all of the abilities it gave me together, it just felt good to move around the world to the point I at least took the time to get all of the abilities and collectibles.

4. Dishonored - A game I regrettably never stuck with when it originally came out and I got it on Xbox 360. I realized if immersive sims are my favorite games I really should play a series from the studio that inherited it. I just really enjoy being given a problem, a large location, and the options to resolve it the way I choose. Granted I always choose non-lethal stealth, but the OPTION to save, go haywire killing everyone, then load my game and do it the long quiet way is nice. Did you know only 6% of people beat this game without killing anyone? Well, they probably all killed a lot of people and just loaded the game again.(edited)

3. The Witcher 3+ HoS - I liked the Witcher before this year, although I had only played the Enhanced edition of the first game, but fell head over heels for the entire thing in 2020. After the show was released instead of watching it I read all of the books, then imported my save from the Witcher to the Witcher 2 and beat that, then took it from there into the Witcher 3 and put 150 hours into it in the month of July. I became Geralt. It’s a terrible, depressing world but I just want to soak it all in if it means I get to spend any more time with these characters I fell in love with. I haven’t played the Blood and Wine expansion yet because CDPR said they’ll release an enhanced update for it later, so I’m waiting until then. I eventually watched the TV show.

2. Subnautica - I’m not much of a survival game fan, the goals are usually pretty nebulous in the ones I’ve seen. But this! A survival game with a focused story of escaping an interstellar starship wreck on an ocean planet and also falling into the red-hot UTMOWHITNAS genre. It’s a beautiful game teeming with diverse life that felt fresh every new biome i visited. It kept me feeling like I had an idea of where to go and what I was looking for and didn’t make me feel punished for any decisions I made at any point. Slowly unravelling what took place the deeper down and and further out I explored even kept me thinking and planning throughout my work day what I was going to do the next chance I had to play. Can’t wait for the sequel/expansion to hit full release.

1. System Shock Enhanced Edition - Having grown up with computers instead of consoles, System Shock is a game I had heard a lot of high praise for most of my life but never played as it came out before I had money to buy games, and by the time I could the controls were too complex and unintuitive for me take the time to learn. To finally go back with updated controls and find that it is STILL a great game by itself was amazing, but when I think of it in the context of the games I played around when this was released it is also one of the most impressive games I’ve seen. This game came out in 1994 (!) and it has Item physics, inventory, cybernetic upgrades, combined with hacking and sneaking and heavy firepower and multiple-solution problems - all years before most games would incorporate more than one of those features. I always felt the pull to make it to the next floor, hear the next audio log (maybe the first use in a game?), or find the door code you needed for a locked room on the previous level. While it has a pretty cliche cyberpunk story, it DOES still have a scary-as-hell villain and at least one track that rips: https://www.youtube.com/watch?v=up80FfzySFA and the covers do too https://www.youtube.com/watch?v=yhI_vrB_yfU