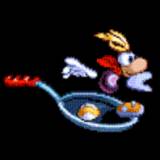 You could talk about ludonarrative dissonance, a big term I heard that basically means a game saying one thing but doing another. An example would be Niko in GTA 4 being nice and calm in cut scenes but the player making him kill 50 hookers afterwards, but cut-scene Niko acts as if nothing has happened.

Another angle perhaps is how load/save or respawn features can influence a player's actions. For example, in Fallout 3, I would sometimes go on a killing spree just to see what would happen, but load it soon after. The "official" me would never go on killing sprees, but the alternate me would.

Another would be to look at how games use their gameplay to put their ideas and opinions forward. An example would be the Metal Gear Solid series anti-war approach (for example in 3 there is a sequence where you must fight the ghosts of everyone you've killed so far in the game). Another would be GTA, whose philosophy is not that violence is good, but that TV and movies think it's good, and GTA is the world as looked at through that lens. Just some thoughts.

EDIT: A heavy one to also look into would be how arcade-y games treat war and killing in general, compared to real life and how games can shape people's opinions on such things.

Probably Goldeneye: Rogue Agent. I love the James Bond games but it had so many elementary flaws, it was despicable. Such a shame. I think it's probably the last James Bond game I bought, because I don't want to support Activision or their complete lack of humour and depth. Also, Driver: Parallel Lines. It wasn't too bad, but I can barely remember a single thing about it so it certainly wasn't good.

No problemsh! I guess that's the closest I'll get to my dream spell: one that makes everyone in the game talk like Sean Connery.