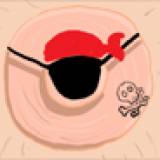 After playing for a few days, my thoughs

I love the hell out of Trials and wanted to get my thoughts out on Fusion compared to HD and Evolution. These are going to be kind-of disorganized:

I could do without the trick system and the trick scoring tracks. I gave it a fair shot, and I'll probably try it again some more, but I just don't like the trick gameplay compared to the core trials challenges. I think the way the trick system works is cool (somewhat physics based with the stick basically directly controlling the rider's body), but I'd rather just play regular-ass trials tracks.

I felt like the number of tracks in the game was lacking compared to the previous games, so I went ahead and counted. The following numbers only count the tracks in the base game, no DLC:

The difficulty is still there. I like to gold medal all Hard tracks, and I'm happy if I can even pass all the Extreme tracks, and so far Fusion feels right in-line. I still have the final 2 Expert tracks to beat.

I think it's pretty cool that each track has the 3 unique challenges.

It feels like they've streamlined the number of bikes; you have 3 regular ones (the 'easy' one, 'medium' one, and 'pro' one), trick bike, quad, and gimmick bicycle, and I'm totally ok with this.

Just an observation: I think the platinum medal times are all over the place. I got 3 or 4 on my first run through a track (they auto popped in when the platinum medals unlocked), and others I feel like I'm a mile away from.

I'm pretty pleased with the game and will be continuing to play it for a good while, improving my overall rankings and trying to finish the final 2 Expert tracks. I hope the DLC packs feel beefy enough.

I stumbled upon this on the Something Awful forums and it looks like it started on Neogaf, but I thought I'd link it here and get some more people involved!

The Final Fantasy V Four Job Fiesta is a community-organized challenge playthrough of Final Fantasy V. As you play through the game, you are randomly assigned 4 jobs, one from each of the crystals; these are the only jobs you are allowed to use for the entire game. As you unlock more jobs in the game, you send a message to the site's twitter account and the account sends back what your new job is. The site keeps a list of every participant and their assigned jobs, so you can see how many people are completing the game.

The other side to this whole thing is that they are also raising money for Child's Play. Some of the donations are pledges from fans of the challenge who pledge money for each player who completes the challenge, or specific donations for specific players who finish.

I don't know how long these people have been organizing this thing, but it looks like they do it yearly. Here is a fun infographic thing on their event from last year.

I've never finished Final Fantasy V before. The furthest I had ever gotten was to the fire crystal, near Karnak. I started this challenge yesterday and am already further than that. I looked at this challenge as a great excuse to finally play through this game. My assigned jobs so far are Thief, Berserker, and Beastmaster.

Check this thing out. I think that it's pretty cool!

If anyone bothers to take the time to read this, I thank you.

I've been using GiantBomb for a while now and have been thinking of a topic for my first blog post. A common topic for someone's first blog is what games they've been playing recently. I'll go down that road. I've been playing Red Dead Redemption and really enjoying it. I never got around to it last year and decided it was time to get to it. I've also been playing some Dirt 3 (which came out the day I'm writing this) and it's slick and really fun. I played through Torchlight again and am eagerly awaiting the sequel. The recent indie hit Terraria has taken some of my time as well. Most people, at first glance, are crying "Minecraft ripoff!" and moving on, and while there are some easy comparisons to make, they're very different games. Boiled down, Terraria is more about (or, at least more open to) combat and loot, while Minecraft provides more of a canvas for you to create things in.

I find it interesting, considering how good these "current" games are, that I've also been playing some DOOM. I'd say it's a safe bet that, apart from World of Warcraft (and maybe Diablo II), I've played DOOM (including DOOM II and Final DOOM) more than any other game.

Specifically, right now I'm playing through No Rest For the Living, a 9-level episode included with the XBLA version of DOOM II. It was made exclusively for the XBLA release, and it's pretty good. I played through it first last summer, when it came out, and am running through it again now. It's not mind-blowing or anything ridiculous like that, but I think the level design and style (the looks and architecture) are pretty sharp. It stands in somewhat stark contrast to the original DOOM II level set that it was released with. If you have the means, you should try it out. DOOM II XBLA is only 800 Microsoft space points, $10. I think my favorite map is map 5, Vivisection. I really dig the look and design.

After this, I'm planning on playing through both Final DOOM episodes, doing TNT first followed by Plutonia. Part of me thinks TNT is really boring, but there are some really good levels. After that, I might try playing Plutonia 2 again, after quitting on the Arch-vile map. If you didn't know, Plutonia 2 is a fan-made sequel to Plutonia, with a very similar look and style. It's pretty good, but hard. You can find it here: http://www.rabotik.nl/pluto2.html

With the exception of having to play No Rest For the Living on my 360, I play DOOM through ZDoom, one of the more common and popular source ports. It's really easy to get set up and running. When I play through TNT and Plutonia, I plan on doing so using Re-Doom. Re-Doom is a mod that includes some pretty slick weapon animations and other effects, and adds some flair to the regular DOOM games. It has to be loaded on-top of an IWAD, such as DOOM I (Ultimate DOOM), DOOM II, TNT, or Plutonia. If you wanted to use it in conjunction with a custom level set, you'd have to edit them together into one wad file, as far as I know. Check it out here, it's really neat: http://forum.zdoom.org/viewtopic.php?f=19&t=26656

That about wraps it up for now. Again, if anyone bothered to read this, you have my thanks, and I'd love it if you left a comment.