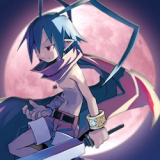 I finished Mass Effect 3 on Insanity...

...and I decided to blog about it because why not? I'm going to write about my loadouts and strategies in case anyone needs tips or just wants to discus different strategies. This isn't intended as an all encompassing guide, I'm just listing what worked for me and why.

Also, potential spoilers, though if you're taking on Insanity you probably already finished the game once.

So, I played through the game with a Paragon Soldier that lived through ME1, 2 (twice) and 3. I honestly found the difficulty easier then when I played ME2, but this might be only because ME3 didn't have any big "rough spots", unlike ME2's Horizon or Praetorian's in general.

Adrenaline Rush was nerfed a decent amount and no longer makes you basically immortal but it still serves the purpose of skyrocketing your damage output nicely. I took increased Damage, Duration and Power Use.

As my Bonus Power I took James' Carnage. (Damage, Incapacitate, Damage) It synergies well with Incendiary Rounds because killing an enemy that's on fire with this causes a big explosion (same goes for Incinerate). I'm using Carnage as my one free power I can use during Adrenaline Rush. Think of it as an upgraded Concision Shot. It also allows me to lob something at enemies hiding in cover or around corners.

Incendiary Ammo is the ammo power I found myself using the most, even on the Geth. I was a big fan of Warp Ammo in ME2 (to the point of getting it as my Bonus Power there) but here that type of ammo lacks punch so we're going with the next best thing. Health and Armor are the two types of enemies you'll encounter the most. Unlike in previous games, here enemies don't magically get shields just because you're playing on Insanity. Setting enemies on fire means that they don't take cover and can explode is shot by Carnage. It also causes corpses to vaporise so you won't get upgraded Cannibals often, though this does mean other Cannibals won't run out of cover as often. For upgrades I picked Damage, Headshots and more Damage. Explosive Burst might be a good choice if you're willing to experiment. Don't take Squad Bonus. You doing 6% more damage is better then 2 teammates getting 50% of your ammo power.

Honestly that's all you need. I never used Cryo Ammo, but it might have it's uses as a Squad Ammo if you want to try it. Other bonus Powers simply don't fit. You can't use Marksman during AR, Fortification, Defense Matrix and Barrier come at the price of skill recharge and we want to keep that as low as possible.

As for Passives, I went with Influence & Duration, Headshots and Weapon Master for offense, and Durability, Shield Recharge and Fitness Expert for defense. You can pick Damage instead of Influence & Duration I guess, but don't even think about upgrading your Melee :P

This is probably the section that mostly going to differ between players. In ME2 I used the M-15 Vindicator as soon as I could. It was very accurate and thanks to AR I could fire entire bursts as headshots, taking almost any enemy down with ease. Unfortunately in ME3 they upped the recoil on that gun by a lot and while looking for a replacement I found the M-96 Mattock. I found the recoil to my much more manageable, though I still use a Recoil Dampening upgrade (and an Extended Barrel for more damage). Both can be found early on (the Vindicator is on Mars, and the Mattock is in Grissom Academy).

Wait, find? Well yeah, you carry over all your weapons, but on a first playthrough you can only upgrade them to level V. Finding the weapon on a NG+ will give you 3 upgrades, and the last 2 can be bought. DLC weapons, and the weapons you start with only get 1 bonus upgrade. The weapons from the Specter Office get none as far as I know. This is important, because upgrades increase damage and decrease weight. You want to be running around with X weapons as soon as you can.

You also want to be over +190% recharge speed, preferably at the max +200%. Not only do you need those Adrenaline Rushes, but also if what I heard is true, The cooldowns for your squadmate abilities is influenced by your weight, not theirs. All of this means that we're going in light. Just an assault riffle and a pistol.

Speaking of pistols, you can't find anything better then the M-77 Paladin. This thin is like a pocketsized Widow. Personally I moded it with Increased Damage and Piercing, but a scope isn't a bad idea if you're into that sort of thing. (personally I found the accuracy to be good enough, and I was using it on short ranges too often to make the scope comfortable.) What if you bought the Black Widow on your first playthrough instead? (like me). In that case stick to the M-5 Phalanx or the M-6 Carnifex. Both are good pistols, with the Phalanx having the edge in the fact that it's much, much lighter. Because of this fact this was the pistol I most often had with me. I can have a +200% recharge bonus only when the Paladin and Mattock are upgraded to level X.

Liara and EDI (Tali and EDI during Geth missions). I was providing the firepower, but I needed support.

Liara has Singularity and Stasis. Make sure to upgrade Stasis into a Stasis Bubble. Stasis is incredibly good and it's sad that Liara will use Singularity instead most of the time. We need Singularity though, for brining enemies out of cover and to counter the shield wielding Cerberus troops. Warp is just icing on the cake. The ability that should get the short end of the stick is Warp Ammo.

EDI brings with her both Overload and Incinerate. This means we have ways to combat shields as well as deal additional armor damage to Brutes, Banshees and Atlases. Don't buy Decoy. At all. It's useless and will just cause the AI to use it and waste cooldowns on it instead of having them ready for Overload or Incinerate. As for Defense Matrix... I don't know... My EDI had it, but the extra 30% recharge was noticeable. Try not getting it and see how it goes if you want. It's also worth mentioning that when upgrading Overload I picked incapacitating of organic foes, and 1 extra jump at the end of the tree. I think that this might have caused the AI to prefer this over Incinerate on most foes - another point worth considering. Upgrading both skills for more damage incread of a wider area seems to be the better way to go.

Tali should max Sabotage (too good vs Geth). I don't find much usefulness in most other squadmates. Javik's power does too little damage, Garrus might be an OK replacement for EDI since he has Overload, but I'm not sure if the extra firepower can make up for Incinerate. Same thing with James (Carnage is basically Incinerate, but no Overload.)

This set gives me 40% more weapon damage, and 25% more headshot damage. I found this to be better then pure weapon damage, but your mileage may vary. In ME2 I was all over the +health custom armor, but here health doesn't regenerate, and I tried playing with a +shield armor and didn't find it useful. When you're out of cover for too long, you'll die regardless. I found it better to kill the enemies quicker and thus use my ammo more efficiently (since I am limited on the guns I can carry).

Cerberus Guardian - Have Liara use singularity. Problem solved. You can also use a pistol with armor piercing.

Cerberus Nemesis - These snipers are a real pain. On Insanity they fire almost instantly and take out your shields, forcing you to go back to cover. Best way to deal with them is to use Overload as soon as you see them and gun them down. If they get into cover, pop out, and pop back in as soon as you see movement, making them miss. Then try to flush them out with Overload, Singularity, Stasis and / or piercing rounds.

Cerberus Phantom - Normally a very dangerous enemy, trivialized by Stasis. They don't really cover, so freezing them is easy.

Cerberus Atlas - Find cover, don't peek out without AR. Switch to Disruptor Ammo to take down the shields, then back to Incendiary Ammo for the armor. Spam your squadmate abilities. It's not that hard to take this thing down, but don't let it catch you out of cover.

Geth Prime - Sabotage still works, though not as effectively. Each subsequent Sabotage lasts less and less until they become immune. Do the same thing you did with Atlas (cover, AR, skill spam). Primes are more dangerous, but stagger more easily under heavy fire. It's worth noting that there's a room in the last geth mission with 3 Primes. Quickly run to the left, and try taking down 1 Prime at a time. Don't use the heavy weapons in the room - they require you to be out of cover for too long.

Reaper Brute - Not a problem honestly. He's all armor. AR + Incendiary Ammo + Carnage (x2 on Palavin's Moon) take this guy down pretty quick. Try to aim for the head is you can, but avoid the armor plating.

Reaper Ravager - Problematic. remember that they fire a salvo of 3 shots and then pause. Use this window to do some damage and follow up with Incinerate. Liara's Singularity is a very good way to kill the small Swarmers.

Reaper Harvester - Not as tough as they might seem. Forus fire and they go boom.

Reaper Banshee - Problematic as always. Even heavy weapons don't always kill them on Insanity, and they have a ton of both Bariers and Armor. If you have any means of backtracking to previous rooms, do so. They will follow you, while most enemies will not and you can deal with them without interruptions. Same spammy tactics apply, though this time you have to be mobile. Get out of cover is possible and always be on the move. I hope you have the Paladin already.

Use up your Medigel if you need it. You're sticking 8 of it and don't need the extra exp. I'm also pretty sure it auto replenishes between missions. Don't be stingy. Squadmates tend to use their worthless submachineguns. Check from time to time and switch to their Paladin / Carnifex. don't try to take on the Brutes on Tuchanka by the Maw Hammers. Just run to the hammers.

...guess that covers most of it. I had fun, it was a nice challenge, not too easy, not hear pullingly hard. Overall I think ME3 is a decent game, and definitely a must play for anyone that's invested in the franchise. And for the record, I'm not a fan of the endings, though I think this whole mess is at least a little bit overblown.

Blogs Created:
5 blogs
Most Commented blog:
Final Fantasy XIV, you're not up to a good start.
Total Comments on blogs:
74 comments