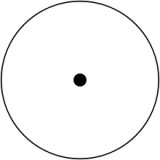 Thinking of making a trip to the US, help me out!

Im from Argentina, I´ve traveled to a few countries, but never to the US, and Im finally in a position to start doing so now.

The idea is to see as much as I can in a week or two (depends on expenses), keeping it dirt cheap and fun, I have some relatives that might be willing to house me for a few days in Florida and/or Seattle.

-What would you guys say is a must-see? I have several ideas but it is always good to hear from people that have actually seen the stuff.

-How expensive is it to move around the country?

-Im assuming I can consume the most atrociously unhealthy and delicious types of food there for very small amounts of money just like I love doing here, is that correct?

I´d love to have a chance to see the sights, listen to some good music (Im into "classical" music, I love jazz and pretty much anything interesting too), maybe see some stand-up. Thanks a lot, all input is welcome!

Help me pick my next monitor/tv

Hey guys, I´ve been using a 22´ samsung lcd for about 4 years now, Im pretty happy with it and it still works just fine but I think it is time I took the next step.

My idea is to replace it with something that will last me at least another four years and I need to start doing some research, I figure some of the people here would have good ideas (I will also post this on tested btw). So here is what Im interested in getting out of my next display in order of importance:

- Has to look incredible, image quality above all.

- Having the option of 3D seems neat (games and maybe the occasional movie).

- A touch screen could be interesting cause although it doesnt make a lot of sense now it seems to be the way of the future.

- And here is where Im torn: go with a really big tv (that will probably kill the previous point) or something smaller, either way it should be bigger than what I have now.

I do not own a tv cause I dont watch tv, I do everything with my PC (which will get an upgrade to handle the higher resolutions), this will be used to work, play games and everything else you can think of. Im also kind of interested in seeing what happens with the kinect interface now that the SDK for it is out, so basically I think it comes down to a really big tv with kinect support or a smaller one that is also a touch interface, but Im open to suggestions. Thanks!

Going through Final Fantasy X for the first time

I always wanted to play this cause of it´s reputation as one of the greatest final fantasy games out there, but I didnt have a ps2 back in the day and only recently got access to one.

I´ve heard a lot of great things about the game´s story, but I find it absolutely horrible: Dumb clichès and one ridiculous line after another, Im really struggling to get through it because as a final fantasy game does, it takes it´s sweet time to get going. I have to sit through these cutscenes that might have been mind-blowingly gorgeous at the time but just look kind of ok now, trying to skip as much dialogue as I can without missing story advancement. After about 15 minutes of cutscene I get to actually play, but although I enjoy the combat system and character progression the battles are kind of boring and not very challenging at all.

On top of that the hole thing is terribly linear and I really dislike the aesthetics. I have 3 aeons now and Im almost at the next temple and it is not getting any better, so here is my question to you guys: Will this lame story actually pay off with incredible twists near the end that will make me care about these characters and not roll my eyes at every single cheesy line or should I just stop now?.

To make matters worse I picked up FFX along with FFX-2 and FFXII and I booted XII just out of curiosity. It turns out that the opening cutscene and first 10 minutes of gameplay got me really excited about it cause it seems to fix all the problems that I have with X (open world, story seems interesting and moves along fine, etc.).

Thanks a bunch for any non-spoilery wisdom you could throw my way, and keep in mind these are all just my personal opinions.

That´s some real nice voice acting you got there boy

Im not sure if King Arthur 1 had so much voice-over, I think there was some but most of it was text (I didnt play a lot of it so I could be wrong). I wish that was the case with King Arthur 2, cause voice acting in it is terrible and it is everywhere.

The game has technical problems which have already been discussed everywhere so I wont go into that here, but strangely enough that is not what is putting me off at all. What I cant really stand is the way the main voice "talent" keeps reading lines in such a ridiculous manner, I can live with one bad voice actor but this dude is making all kinds of voices (he plays women, children, monsters and whatever other character might show up) and reads every single line of text that you come across. On top of that he changes words from the script and the lazy fucks couldn´t be bothered to go back and fix that.

If you are not familiar with the franchise you might be wondering "How is this a problem in a Total War clone?". Well these games have a neat little choose-your-own-adventure mechanic built into them, you make some choices and you get rewarded or punished accordingly, I love that idea but just let me read the text (which can get silly too at times) and dont shove down my throat this horrible one-man show.

I feel like he is making fun of me constantly "oh, you like this silly game dont you?", it was so bad that I had to close the game and write about it...

A tactical officer and a gentleman

I dont know what got into me, but I´ve decided to write a few lines about my impressions regarding Star Trek Online. Here it goes:

I have no love for Star Trek, I find the original series un-watchable and TNG kind of lame and boring; some stuff in the universe is neat but it has never grabbed me and, because of that, I never really thought about trying STO until it became F2P. Now that we got that out of the way: Im really enjoying this game so far.

- Sound design is cool but the music is not great.

- The systems in place are neat and a welcome change from the standard MMO formula (Im looking at you SWTOR).

- Space combat is very interesting and ground combat is ok.

- The sidekick team, Im sorry "officers", is cool cause it lets you customize a great deal of the experience and if you are willing to put your imagination to work on top of that you can have a lot of fun.

- This game, more than any other that I´ve played so far, can get away with heavily instanced content because of it´s setting (fucking space). Here it kind of makes sense to be flying around in mostly empty environments and it actually adds to the experience.

- I can´t really talk about high level content cause I started a few days ago, but the game make a good first impression and I will probably keep on playing it for a while.

Bottom line: It´s worth a try even if you don´t find the setting appealing.

Let me know if there is a living GB guild that would be willing to acommodate me and my crew or if anybody wants to join me in my space adventures!

I dont really know any Star Trek references to insert a clever joke here, so I guess that´s the end of this.

I was an Old Republic skeptic before getting into the beta...

And now that I`ve seen the game for myself I have to say that it meets all my expectations:
A polished yet unremarkable MMO experience that`s been done to death and I have no interest in repeating.

- Graphics wise the game looks ok, it is not striking, but it`s perfectly fine.

- I love the music and sound design in general.

- A lot of fanboys out there have been pushing really hard the "this doesnt have the average MMO quest structure" line, but it does. Fetch 20 of these, kill 15 of that, find this boss, etc.

- Combat  is exactly what you would expect from a WoW clone, which confirms what I`ve feared for a long time. Bioware was not looking to innovate, but to improve (in extremely subtle ways) on an old formula that in my opinion needs to remain in the past. Although there is some degree of satisfaction to be had hurling junk at enemies, cutting them down with your lightsaber or shooting them down, the mechanics of "press 1, press 2, right click, stare at cooldowns, repeat" simply doesnt cut it anymore.

- No gamepad support. I know many would jump at my throat for adding this to the list, but I think that if you are going to make me perform repetitive mindless tasks for countless hours you should at least provide a way for me to do so from a comfortable position. I am aware of the existence of xpadder, but there is a big difference between building an interface from the ground up to work with a controller and using software to trick the game into letting me play the way I want to.

- Last but not least, something that bothers me more than I expected it would, can be express in the following way:
"I have good news and bad news, good news is everyone gets to be a Jedi. Bad news is everyone gets to be a Jedi"
I understand that nobody wants to shoot a crappy laser gun when they could destroy their enemies with the wave of a hand, but I kept thinking to myself that there was a time when being a Jedi was badass and cool and that time has past.

All of the above is of course my personal opinion. GLHB!

Blogs Created:
6 blogs
Most Commented blog:
I was an Old Republic skeptic before getting into the beta...
Total Comments on blogs:
160 comments