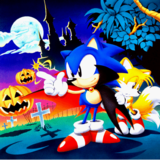 I guess now is the time to consider buying up a few extra Wii U Pro Controllers as those might get scarce at some point in the near future, right?

Congratulations to Microsoft on focus-grouping, gutting and closing yet another brilliant studio. And for making a complete mess of the Xbox name after it had basically figured console gaming out.

Who's to say Fable Legends was being managed properly and the game stood out from others? Evolve, a game within the 4 v 1 multiplayer genre, didn't exactly set the world on fire last year.

If Fable Legends wasn't doing enough to differentiate itself from Evolve, was over-budget and didn't really carry the already-rubbish "Fable" name out of the dirt I can't see any reason why this project wouldn't be scrapped.

With the recent announcement that the Xbox One and Windows 10 would become more integrated into one development environment it really makes you think how many other projects/studios will be closed or shuttered as Microsoft tries to find IP that has legs with both audiences as opposed to PC vs. Xbox.

Pour one out for the talented group at Lionhead Studios that hasn't had much real output since, hell 2010 (Fable III).

I firmly believe Jeff dearly wanted to do a comedy tour duo with Ryan Davis. I believe he said that they had plans at one point.

Jeff always seems like the insane straight guy to an extroverted person.

Is multiplayer a major component? Why not pull a GTA V and release the multiplayer stuff later. I can't imagine people are coming to this for multiplayer.

Definitely looking forward to the Kevin Gif[ford] love next week! The man is gaming's closest approximation to Data (I mean that in the best possible way).

Isn't MLG really just a joke now though? Seems like Codick is on a quest to become the meme king.

Someone's gotta finally outdo Reggie in that department. Feels like the man has continuously been the butt of his own jokes for two hardware cycles now.

Everyone here is debating the future viability of the eSports brand, while I'm just waiting for the triumphant return of Jeff's "sleazy mid-'90s eSports businessman" vocal impression.

This game is equivalent to today's Scott Pilgrim game. It's a clone of another game, created entirely around fan-service set pieces, but just isn't as good as the source game.

Not really. The Scott Pilgrim game is essentially a "send up/tribute" of the beat'em up genre via River City Ransom years after the genre was considered "dormant" or dead from a pure influence/release perspective. On the other hand, Dark Forces came out very soon after the original DOOM (less than 2 years later) and wasn't playing on the video game aspect of nostalgia at that point, but instead on an emerging trend: the PC FPS genre.

In many ways, the Star Wars-y aspects of the game (sound effects, music, cut scenes, lore, weapons) elevated the PC FPS genre and helped cement the genre's overall early legacy alongside DOOM, Quake, Thief, and later Deus Ex. In a weird inverse way, the comparison is similar to the original Star Wars KoTOR games and Mass Effect, while developed by many of the same people, brought the flavor of CRPGs (Baldur's Gate, Temple of Elemental Evil, Planescape Torment, etc) to console audiences that might have never touched them before.