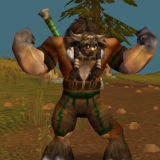 I barely finished the game and the story was dogshit. I think I'd rather replay New Vegas than play more Fallout 4.

Take a shot each time someone mentions New Vegas in a Bethesda-related discussion! Warning: You might die.

The name "Johnatan blow" doesnt mean anything to me. I feel like this game is only getting attention because of this apparently famous creator. As someone with no connection to this game who's seeing this for the first time this looks like a very mediocre indy maze puzzle game that doesnt deserve the attention it's getting , let alone cost 40 dollars.

I don't understand Brad's commentary on this at all, he keeps acting like this is some masterpiece that will be remembered for the rest of time. If i didn't know better (luckily i do) and didn't know Giantbomb i would think these guys were paid off by the devs, that's how ridiculous this sounds.

Maybe the fact i'm not into puzzle games at all has a small factor in my opinion but even if i was this would not strike me as a 40 dollar game. I don't see what's pulling people in to play this.

31:25 is my exact reaction even now after having watched this. And if it gets that much better when you're further in then maybe they should have done the QL further into the game because now it sounds like they're saying "its great guys , i cant show you because reasons but trust me it's great" wich is what a paid off reviewer would say. And again i'm not implying anyone at GB was paid off , i know better but that's pretty much what it sounds like.

Do you seriously think anyone would spend 8 years of their life making a game that is nothing more than a series of simple maze puzzles?