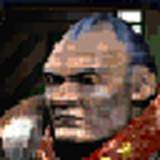 Heya folks! I've published my first public release (sort of a beta) of my new game Orbical on Kongregate. I'll just start with saying that it may look a lot like Tetrisphere but before you go "omg, tetrisphere ripoff", try them both out and you'll see that the gameplay is entirely different and new! =)

The game will be published eventually for Android and iOS, so you'll be playing it soon whether you want to or not! Bahah..

I just finished DA:O-Awakening for the first time and well, while it was good and all.. I still feel a bit miffed by the ending. Zero climax. Just a boss fight and then 'pff', it just sizzles out into nothing. Oh well... back to Deus Ex! =)

in other news: I've begun my work on a potentially fucking fast triangle tesselator for AS3.

Tomorrow we kick off the new project at work. Yay. I seem to be in charge of developing some nifty routines for.. well.. yea.. NDA.. fark..
In other news: Deus Ex and Deus Ex - Invisible War is super cheap right now on Steam. 2.5€ each. Go get!

Made my first "real" app today. In other words, not just a "hello world" app. I made an utterly useless touch-drawing-thing that sucks balls. Java and Android however, does not (suck balls). This is seemingly the beginning of a beautiful friendship. Tomorrow, while not sitting in meetings, I will continue my journey into the Android libraries. Who knows what treasures I'll find.

If you guys have any ideas on nice touch screen game mechanics and/or interfaces, let's hear 'em!

PS: Free dev time at work is indeed for the win.

I'm still seeing things from within the misty realm of sleep deprivation and I'm quite aware of it. But somehow I think it has helped me come to a conclusion in a matter that has been on my mind for the past years. Do I want kids? The fact of the matter is yes. Yes I do. I have realized that I can either devolve, go back to my former state and play MMOs' all day in my relative loneliness or I can move forward. Boldly go where most of the population ends up anyways. Join the breeder club. It's not rational, it's not like we need more people on this marble, but I can't help it. Biology is getting the better of me, it seems. I've allways dreaded this day. This "resignment" from life as I know it. But you know what? It doesn't bother me anymore, I'm fine with it now. In perspective, stagnation is far scarier. Sharks must swim for else they die.

Ok, so last night I slept for aproximately 3 hours. Today I've taken a nice walk in the sun and I've been feeling rather relaxed.
^ Shouldn't be a problem for me to fall asleep tonight, no? Yes. Here I am, it's 4:24 in the blasted morning, and I'm wide awake.
What is the meaning of this?!?

I miss Sandal. He was an easy-going dude. All he ever wanted to do was enchant. All I ever do now (in Awakenings) is buy loads of shit-runes and sit there for (seemingly) hours on end baking runes. I really, really miss Sandal. Why-oh-why did they find it neccesary to push this crappy crafting system into Dragon Age? Surely there must have been better options for time/money-sinks in the game.

Finally got around to finishing MP3 (for the first time). Ended up with the following...

I'll be the first to say, 91% was fucking sloppy. And hey, if any of you guys have some friend vouchers (or whatever they're called). I'm ready to trade some.

Today I've been home sick (like yesterday, eventhough I made no mention of it in my in depth report). I've done some dishes and made some pie dough. I've allso been playing some games.. namely Dragon Age : Origins - Awakening and Metroid Prime 3. I have great taste, I know. Oh, I through in some Mario Kart Wii aswell. I've allso had a peek at the Android SDK. Looks interesting, a little too interesting. *crackles fingers*