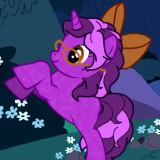 If I remove myself from another PM by mistake, I will probably go insane. That button on the mobile site is huuuuuge man!

If there is one thing I've done that I'm very proud of so far this year, it was the decision to complete LA Noire. I'm incredibly glad I made this worthwhile purchase and that I took my time with it. LA Noire is a breathtaking and wonderful experience that demands your attention and encourages you to work at your own individual pace.You start off as one Mr. Cole Phelps, a beat cop eager to establish a real name and distinction for himself. Your big break comes from your first major case, Buyer B...

We Ride To Fortune City! 0

Dead Rising 2: Case Zero is just a spoonful of a sample of what to expect from Dead Rising 2. And lemme tell you, that spoonful is delicious. At only 400 Microsoft Points, I do believe this game is well worth the purchase. It's cheap, fun, and gets the message across. Players won't have to have played the first Dead Rising to get a good grip of what this sequel is going to be all about. (Although, knowing some of the quirks from before really does make the experience just that much more if you a...

His Sister's Name is Blob 0

Obviously, I'm kind of late to the Limbo review conga line. Oh, not that kind of Limbo? Then what have I been up to this whole time?  Anyways. to put it simply, Limbo is a side scrolling puzzle based action game. It has some amazing visuals and really knows how to set an atmosphere. The story is of a Boy who is out looking for his sister (Who I have been calling Blob. It's like they're all grown up!) after waking up in some mysterious, and incredibly creepy, woods. With nothing else to really do...

An excellent class orientated Third-Person-Shooter for those familiar with this style or even for those who are completely new to it. Monday Night Combat (MNC) is one of the newer Xbox Live Arcade games that is getting people more into the idea of purchasing a downloadable game over retail. And to me, that's a major plus.  Even though the different number of classes is limited to 6, players get a wide range of ways to "tweak" or enhance their character's role with various endorsements/perks that...

Scott Pilgrim vs. The Frustration 0

Scott Pilgrim vs. The World: The Game is a steal at 800 MS Points. It features all of Sex Bom-omb (Crazy Awesome Scott Pilgrim, Adorable and Angry Kim Pine, and the Talent that is Stephen Stills) and Scott's mysterious and alluring girlfriend, Ramona Flowers. Overall, the game is an enjoyable experience for fans of the comic and movie. And even if knew to the Scott Pilgrim world, it's old school style and mix of comicbook flair makes it intriguing for anyone. But it has a few drawbacks as well. ...