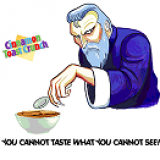 It is 4:00 Am on Saturday morning and I have yet to go to sleep even though I have a pretty busy day tomorrow. I'm listening to that hip hop that the kids be listening to and I really want a Philly Cheese Steak. Perfect time to make a blog about Street Fight don't you think? I would of made this a video blog if my web cam wasn't being gay.

Ive been thinking about my Street Fighter "career" a lot lately and have had some things going on or are going to happen that are pretty exciting. Mostly random thoughts about Super Street Fighter 4 and how I'm TOTALLY stocked and want it now. Lobbies+Me recording= WIN!

Thoughts about a tournament I have coming up in December in Dallas (Richerson to be exact) called Absolute Battle and thinking about how I can prepare for it so I'm playing at my best. Ive already noticed tons of flaws in my game and I'm trying to improve on it. I'm not sure what kind of player we have in North Texas seeing as Ive never played any really good ones. I am worried about the people that come up from Austin and Houston cause arcade players scare me. I'm not ready to walk into the tournament and the guy be like, "Ok your first match is against Four Wude" even though I did beat him in championship mode once pretty bad.  Ill try to get my cousins to record my matches cause they are coming to watch me play so expect that.

More importantly if you people dont already know that Final Round is coming up in March live from Atlanta, Georgia. Even though it is far away in date and in distance from were I'm at I still need to start preparing now. Travel arrangements, spending money, registration, and all that junk needs to be taken care of now so I'm not behind when the time comes.

As of right now it will be Me, Gambit, LordofUltima, WestAB, and a guy from SRK, BlueGuile, are going as a group to Final Round. I'm already thinking of things to do so we can share with the site what Final Round is all about. Some ideas I have are:

The problem that might come from Final Round is if SSF4 come outs more than 2 weeks before Final Round they are planning of replacing the old version with that one. So I'm worried that Ill be random out by some Juri player and that would piss me off. So I'm actually hoping if it does come out in Spring that it does it after Final Round.

Now the main topic, I'm having a tough time with Gen recently. I'm noticing that I cant win against some that Ive played more than once consistently. I'm having that thing were if the guy figures out how to fight Gen then I'm completely screwed because of Gen's limited options. Because of this I have decided if they don't really buff him in SSF4 that I will be quitting Gen and moving onto one of the new characters. Ill be keeping Gen as an alt but Ill be moving on when it comes to a main. I love Gen to death (no old man homo) but he just doesn't do it for me sometimes (again, no old man homo). He nnneeeedddss a better anti-air and he needs better zoning abilities. If they gave him that then Ill keep playing him. Hell! Ill keep playing him if they just make him better in general. Other than that Gen is still beast.