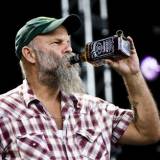 Do video games need their own definition of art?

For a while now I’ve wanted to do a simple blog post but I’ve never found a subject that I felt compelled to write about. After listening to an old episode of my second favourite podcast (after the Bombcast of course), The Indoor Kids, I thought they brought up a very good point concerning games being art. I hate to make my first blog post about such an obvious and highly discussed issue but it’s one that has yet to be truly settled so I thought I’d share my opinion with anyone who enjoys discussing the subject of games as art.

From what I can tell the crux of the podcasts argument was that gameplay is what is keeping games from truly being considered art. This is a pretty solid argument but I took issue with their definition of art. They decided that art is a piece of work that is thematically consistent throughout the whole piece. For me that definition simply doesn’t cut it.

For most of my life I haven’t really considered what I thought art was, most galleries would have me believe that art is a projection of the artists’ personality or feeling. I can’t help but feel that this definition is a bunch of crap. Personally I feel that art (or at least meaningful art) is the best creating the best timeless works of their respective medium. Van Gogh was the best and Starry Night is one of the best paintings ever, the same could be said about film directors and musicians.

Going by this definition I think it’s fair to say that Video games are barely in its infancy towards becoming art.

Gamers of any shape and form will know what it is like to have nostalgia for an old game, and often this can distort our view of how timeless they truly are. Going back to The Indoor Kids and their argument this is where I think the point they put forward was correct. Gameplay is stopping 99% of games from being art.

Metal Gear Solid is one of the best games ever in my opinion, or at least my nostalgia would have me believe. After the podcast I tried to play it again, thinking they were just talking bullshit, but I found they were spot on. I found the gameplay clunky and infuriating and within an hour I couldn’t take any more and I gave up. I hated playing what I considered to be one of the best games ever. I also understand however that MGS is from early 3D gaming and so it’s bound to be clumsy. So I went back further and booted up several games like Mario and Metroid, often called the best 2D games ever and I found that they were boring to me. I couldn't help but think about playing more modern updated platformers like Super Meat Boy instead. What I gleamed from this is that no game I could think of was art, or at least it wasn't similar to my perception of art.

However this in turn brings up the question of whether video games need their own definition of art. Is it fair to compare a piece of film art that you watch then deconstruct, to a medium that relies heavily on the player creating their own experience?

So here are a couple questions I have for the Giantbomb community because I’d love to hear more opinions from you.

1. Do you think we are anywhere near getting to the stage of having truly timeless games? Or am I wrong, has the game industry already achieved that?

2. What’s your definition of art? Am I wrong? Were The Indoor Kids right? Or do you have a different definition?

Thanks for reading if you did.

For those interested the Indoor Kids episode is called “Are Videogames Art?”. I highly recommended it for those looking for a funny podcast about video games with great guests.