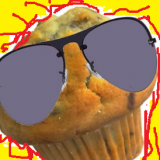 It's an odd thing to call a game as unsettling as Amnesia: The Dark Descent “refreshing”, but for a person whose idea of horror in video games was Doom 3 and Condemned, Amnesia came at me with a style and atmosphere so unabated and disturbing that when I found time between the skips of my heartbeat, I couldn't help but think, “Wow."Made by the team of five Swedes at Frictional Games, Amnesia is a game that focuses all of its energy into unsettling the player. From the very beginning, the ...

It Doesn't Want Me to Like It, but I Still Do 0

I've sworn at it, I've angrily left the room and gone for a walk to cool off, I've relished in thinking about all of the horrible, horrible things I could say about it, but in the end... I just love the game too damn much. No, I'm not talking about Super Meat Boy. I'm talking about Fallout: New Vegas, a game that has been fighting me tooth and nail since I first booted it up. It's a testament to how much fun the game truly is that despite its best efforts, it can't make me dislike it. Eve...

Taking a Step to the Right... and a Step Backward 1

In many ways, Civilization V is the best iteration of the Civilization series. In many other ways, it isn't.The Civilization series is a longstanding one, possessing an impressive pedigree of games. Each instalment in the series typically features incremental improvements on the core mechanics of its predecessors, adding new variables and creating greater layers of complexity.The series prior release, Civilization IV: Beyond the Sword, left you in charge of managing the production, culture...

If you were to ask me at the time of Starcraft II's announcement what I felt, my answer wouldn't have been excitement or joy; I would have answered “trepidation”. Why? Because I simply couldn't picture it. I couldn't picture a second Starcraft. Sure, I saw the screenshots and videos, I understood what they were making and what they were going for, but Starcraft had become something so much larger than the original product. “Starcraft” was professional games airing live on tv, “Starcraft” was...

Thirty years. That's how long it's been since the release of Defender in 1980. That's how long side-scrollers have been a staple of the videogame industry.  In those thirty years we've seen more side-scrolling games than we can count, many of which have become some of our most beloved video games of all time. From Mario to Megaman to Metroid, Castlevania to Sonic, side-scrollers have seen more iterations than almost any other genre. Even now in the age of 3D, the two-dimensional gameplay of sid...

A Tale of Intrique, Betrayal and... Love 0

Gravity Bone is a game free to download. Just click here. And be amazed.  The time you spend playing Gravity Bone is very little, but it is a very memorable game.  You play as Citizen Abel, an agent for the company Teletran Seven. As you play you come across your objectives. The game is played in first person and works much like any other first person game. Mouse controls the camera and wasd controls movement. The game's visual aesthetic is simple and effective: cubic. Aside from a few obje...

The original STALKER was a game with a spectacular concept. The goal was to make a highly atmospheric, self-contained survival horror world. Sadly, that game never lived up to that. It was a fantastic game with a killer atmosphere, but bugs in the missions and frequent crashes made the game difficult to enjoy. Not only that, but there were noticeable weak points in the gameplay. At the end of the game it wasn't uncommon to find yourself with more money that you could ever spend in game. The inab...

Despite the fps genre's love of space marines and space in general, there is certainly quite a lack of fighting in... well... er... space. Zero gravity is a weird thing concept for most fps games because, well, they rely on "wasd" (this is, of course, referring solely to pc fps games, which is what Shattered Horizon is). W and S control one axis of movement and A and D control the other axis. By incorporating zero gravity, however, a third dimension is involved. The Z axis. I think you can see h...