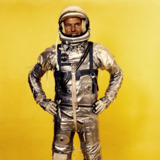 Duders! This is perfect timing, since I have time to participate. So if a programmer needs some art, let me know and we'll collab!

I would totally sign up for it, but they are not currently sending anything to Europe. Perhaps in the future!

The first time I saw that system implemented it said: "This captain killed FondleyourDongle, you should avenge him." It was pretty funny, even though it took me out of the immersion a bit.

I'm pretty excited to start playing some WoW again. I never really dove into it too deep. I'd like to join the guild on Aerie Peak. Add me! Batmobilen#2879

Edit: Demoskinos beat me to it. Oh well!

This whole thread is amazing. Great work, guys! @fattony12000 I'll be waiting for the extended 6 minute clip with giddy excitement!

@beepmachine: I used Avant Garde CE. But I had to modify the A myself to make it look like the one in the Senna poster. Your artwork is looking great by the way!

I'm super excited for this podcast. I made some artwork for it, so feel free to use it @drewbert